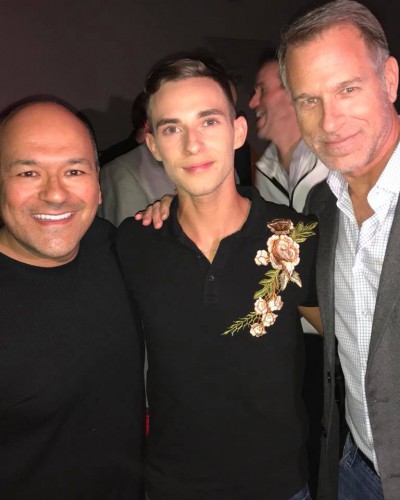 I know Adam Rippon was all over the GLAAD Media Awards last night. I was not. I’ve begun a week-long vacation in Palm Springs (will be posting lightly throughout) so missed this year’s event – the first time in more than a decade I have not attended. But the night before I left for the desert, I attended an event titled The Gay Community and its Hollywood Influence at Neuehouse Hollywood. Adam was the star attraction – especially in the absence of Darren Criss who had been advertised to be there. The 2018 bronze medalist was on a panel moderated by FourTwoNine Magazine editor in chief Maer Roshan that also included actor Justin Kirk, Call Me By Your Name producer Mark Rosenman, Wall Street Journal reporter Erich Schwartzel, and Roadside Attractions co-founder and co-president Eric d’Arbeloff. I’ll share some of what was said in future posts. Adam and Rosenman were especially interesting. At the after-party, my good friend Jim Key and I managed to get a photo with Adam who was surrounded by well-wishers. 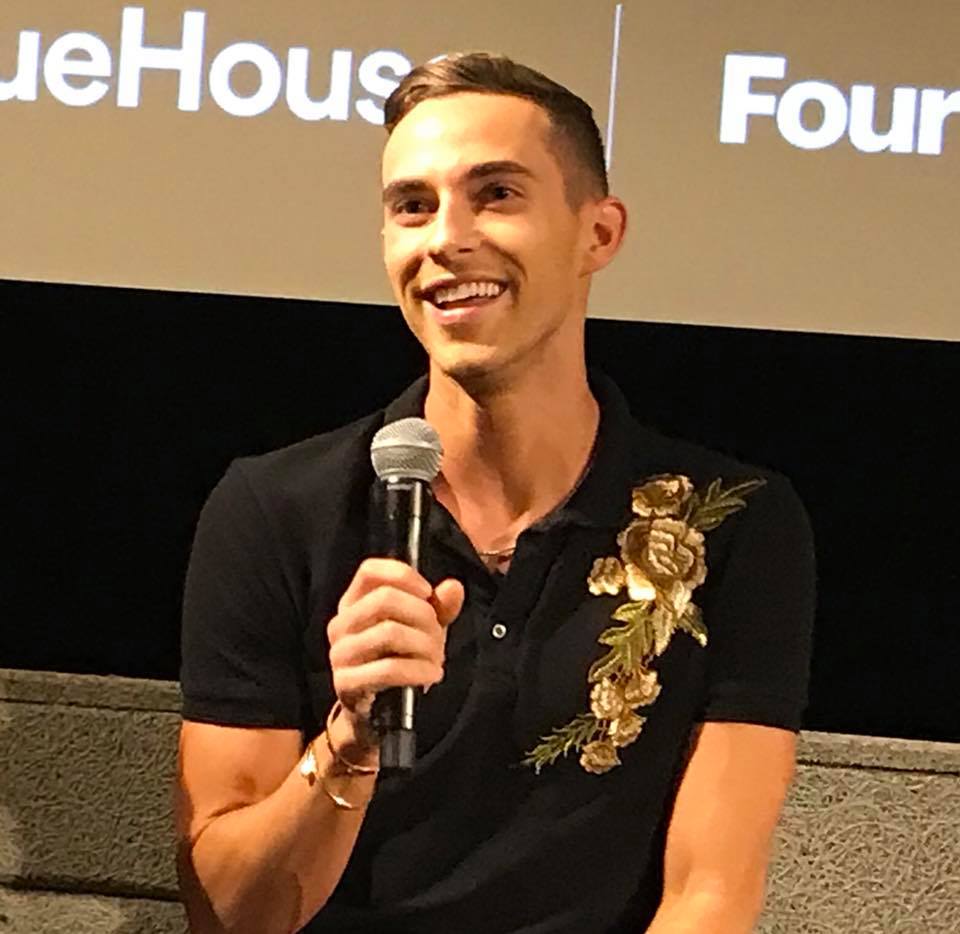