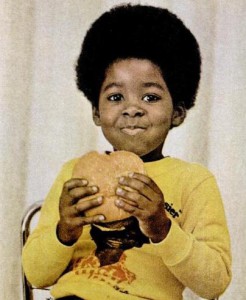 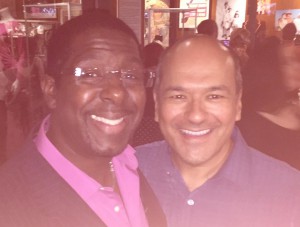 Had so much fun the other night at the opening of the terrific Child Stars: Then & Now exhibit at The Hollywood Museum.

I’m going to do a full post tomorrow on all the child stars I met from some of my favorite TV shows but wanted to share this fun video with you today.

If you haven’t heard of Rodney Allen Rippy then you must be under 45. Because if you were a kid in the 1970s, you saw him on the Jack in the Box commercial for the then-new Jumbo Jack which, in those days, truly was jumbo.

I remember begging my mom to get me one after seeing the commercial one night and her best girlfriend was coming over and stopped and got me one.

They giggled as I tried to finish the thing and re-enacted the commercial featuring Rodney.

When I met Rodney at the museum event, I was very excited because that wonderful memory came right back.

So I did what any dude with his own blog would do: I went on Facebook Live and tried to recreate the commercial with him.

How I remembered it is not how it really was as I discovered after later watching it on YouTube but you will get the idea.

I’ve also posted Rodney’s hilarious appearance at the American Music Awards with Donny Osmond and Michael Jackson and, I think, the kid from The Courtship of Eddie’s Father.