The Grammy nominations were announced tonight during a prime-time special on CBS tonight. But in case you were not watching, I’m going to share who some of the major nominees are: Beyoncé topped the nominations with 10, Taylor Swift garnered eight, and the Black Eyed Peas, Maxwell, and Kanye West each earned six nods.

Watch out! Kanye, Taylor and Beyonce all at the same awards show again? Recipe for disaster!

But this is Greg In Hollywood so let’s get to the big news: Kathy Griffin’s quest to win a Grammy is still alive! The red-headed comedian lost last year in the Best Comedy Album Category. But she gets another chance with a nomination for Suckin’ It For the Holidays.
I love Kathy’s shameless hunger for awards. This is a woman who has won two Emmys for Kathy Griffin: My Life on the D-List and who snagged a Grammy nomination last year for her CD For Your Consideration.

Our favorite D-Lister’s competition includes: Back From the Dead (Spinal Tap); A Colbert Christmas: The Greatest Gift of All! ( Stephen Colbert); Internet Leaks (Weird Al” Yankovic); My Weakness Is Strong (Patton Oswalt); and Tall, Dark and Chicano (George Lopez). 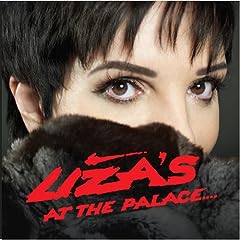 Liza Minnelli was nominated in the Best Traditional Pop Vocal Album category (this is for pop albums that contain 51 percent or more of VOCAL tracks – you know, when singers actually sing!)

Liza’s nomination is for Liza’s at the Palace which is a recording of her stupendously popular Broadway show of the same name that won her a Tony Award in June. Can she add another trophy to her treasure trove which already includes an Oscar, Emmys, Tonys and a Grammy Legends Award?

Her competition includes: my absolute dream man Harry Connick Jr. who got a nod for Your Songs; Michael Buble for Michael Buble Meets Madison Square Garden; Tony Bennett for A Swinbgin’ Christmas and Willie Nelson for American Classic.

Carrie Fisher is another another Greg In Hollywood fave to snag a nomination. The brilliant writer was nominated for Best Spoken Word Album for the audio version her book Wishful Drinking which is now a smash Broadway Show. Carrie’s competition is pretty heady: Former US President Jimmy Carter, Michael J. Fox, Jonathan Winters, and Richard Dreyfuss & David Strathairn. Also nominated in the category is a group of actors including Michael Madsen, Sandra Oh, Edward Herrmann who did a recording of The Maltese Falcon.

Sadly, the most high-profile openly gay person that I could find in any of the nominations (I’m not sure what Lady Gaga’s story is!) was David Hyde Pierce!  The Emmy winner and Tony winner will attempt to add Grammy winner to his resume by winning in the Best Spoken Word Album for Children category for The Phantom Toll Booth.

Here are nominees in some of the major categories:

Record of the Year: Beyonce’s “Halo,” the Black Eyed Peas’ “I Gotta Feeling,” Kings of Leon’s “Use Somebody,” Lady Gaga’s “Poker Face” and Taylor Swift’s “You Belong With Me.”

Song of the Year: “Poker Face” by songwriters Lady Gaga & RedOne, “Pretty Wings” by Hod David & Musze, “Single Ladies (Put A Ring On It)” by Thaddis Harrell, Beyonce Knowles, Terius Nash & Christopher Stewart, “Use Somebody” by Caleb, Jared, Matthew and Nathan Followill and “You Belong With Me” by Liz Rose & Taylor Swift.

In order to qualify for a Grammy  nomination this year, the eligibility period for releases was from Oct. 1, 2008 – Aug. 31, 2009 — one month shorter than the typical eligibility period. According to the Recording Academy, this change was done to accommodate an earlier Grammy Awards show during the awards-heavy first few months of the year.

The 52nd Grammy Awards will be held on Jan. 31 and telecast on CBS. Here is a LINK to a FULL LIST of GRAMMY NOMINEES.