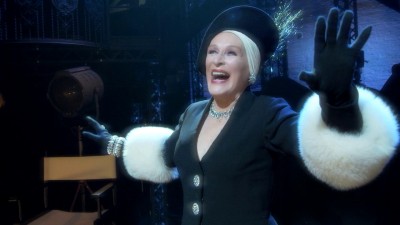 I don’t know if Glenn Close will finally win an Oscar on April 25 – maybe it’s better to not be the overwhelming favorite like she was a few years ago for The Wife. I saw Hillbilly Ellegy and thought she was amazing so I’m rooting for her.

If she loses, again, maybe she will win for the big screen adaptation of Sunset Boulevard. She won a Tony Award for playing the role of Norma Desmond in the 1990s then triumphed again in recent years in a revival of the show on Broadway and in London.

Here is an excerpt from Miss Close’s recent chat with the LA Times:

Will we ever see you reprise your stage role of Norma Desmond in the film version of the “Sunset Boulevard” musical?

[Big laugh] Oh, my gosh. Well, we’re all ready to go. It’s just the craziness of all the backlog out of COVID. We’re just waiting to get the final money together and to be given the final green light. I hope we’re shooting it later this summer.

What do you reflect on when you consider you’ve now had eight Oscar nominations?

You have to do work that you can be proud of — that’s the most you can ask of yourself. It means a lot to still be in the room.

Confession time: Do you read reviews?

I would be an absolute melted puddle on the floor if I read reviews, because as an actor, you’re just incredibly sensitive [to them] because you’ve put your heart and soul with a wonderful team into something. So I decided a long time ago not to read reviews just [laughs] for my own mental health!