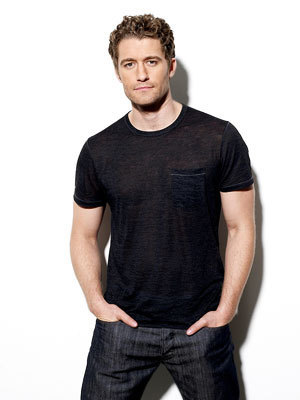 Matthew Morrison’s debut solo album is going to feature a style that he describes as a “dance heavy” cross between Michael Buble and Justin Timberlake.

In an interview with the Associated Press, the Glee star says he will be spending part of the month in London working on songs for the disc: “I’m writing all the music for it. It’s me and a big orchestra behind me.”

Of course, Matthew is used to topping the charts already with the Glee soundtracks all huge sellers.

Speaking of Glee, tomorrow night’s episode is the season finale.

“The last episode is so touching and so emotional,” said Matthew who notes that his character has changed over the course of the first season. “What I love about him now is he’s not perfect anymore. Now we’re seeing his faults, and he’s making some bad choices here and there.”