Elton John surprises us with a new album recorded during pandemic: “The Lockdown Sessions” 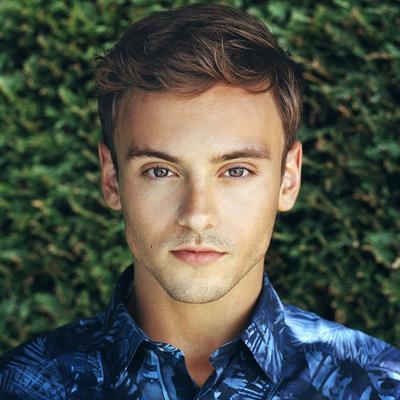 In the interview with Anthony Allen Ramos, GLAAD’s Head of Talent, Daley talks openly about how winning at the Tokyo Olympics meant so much more now that he is a father. He also spoke about his much-talked about hobby of knitting, his road to coming out and self-acceptance, and if he plans to compete in the 2024 Olympic Games.

“It is so surreal. I have always dreamed of winning an Olympic gold medal and then for it to finally happen, I was just so excited, over the moon. At the same time, coming back home and being able to share that moment with my friends and family was so special, especially because they weren’t able to be there to watch me in the first place.”

“It has been the best ever! Being a parent is one of the most difficult jobs on the planet but it is also one of the most rewarding. Robbie is the most loving. He is the best thing in the world! Although, yes, it has been challenging to figure it out with two working dads…but he is just amazing. All of my perspectives have massively changed because of him and he has reminded me of what actually matters most in the world.”

Tom Daley on how Olympics experience was different now that he is a father:

Tom Daley on if he is ready for more children:

“Yeah! We have always said that we would like to have a big family. As a gay couple, it’s not just as easy as a bottle of wine and a good time! There is a bit more thought and preparation that has to go into it, but it is something that we would definitely like to look into in the future for sure.”

Tom Daley on wanting to use his platform to talk about important LGBTQ issues:

“At the end of the day, when I was younger, there wasn’t anyone that was out and performing at the highest level…I felt like it was my responsibility at that point to shine a light on it (at the Olympics). I am lucky that I come from Great Britain and there are no ramifications for me being who I am…married with a kid, as a gay man competing. There are still 10 countries [competing] at the Olympic Games where [being] an LGBTQ person…is punishable by death.  So there are still massive inequalities throughout the world…I don’t want to stop at what I said in the press conference (at the Olympics). I want to take it further and try to create some change. Getting as many people to share their personal stories and share their experiences can really help tell a story and shine a light to tell people that we are not these big, scary people that sometimes we can be portrayed as…we are human beings just like everyone else…we don’t want to take away anything from anyone else, we just want to be treated the same as a straight person might.

Tom Daley on his advice on coming out and hopes for LGBTQ youth:

“Just know that when you come out, there is a whole chosen family out there waiting for you to embrace you with open arms. It is something I would encourage people to do on their own terms…start off my telling a trusted friend or family member…I really just hope that we get to a point where young people growing up can just explore who they are without any fear or ramifications from society.”

Tom Daley on his queer idols:

One of my idols in diving is Greg Louganis. He came out and that for me was kind of like a ‘oh, maybe this is what I am experiencing, maybe this is who I am.’ And then Matthew Mitchum won gold in 2008…and I remember thinking ‘maybe this is who I am’…then having to experience all of those feelings very much in the public eye in the UK…so it was quite difficult to be able to explore that without fear of being caught…As I have gotten older now, I care less and less about what people think.

Tom Daley on his much talked about hobby of knitting:

“My husband suggested ‘why don’t you try knitting like people on production sets…it passes the time, it’s something you can do just for ten minutes here or there.’ So I went on to YouTube and taught myself how to knit and then me being me…I don’t really half-ass anything…I want to be the best at whatever I can do. I’m a bit of a perfectionist, so I threw myself into it. For every project that I did, I tried to learn a new technique or a different stitch…and now I can make lots of clothes, toys, socks, scarves, you name it. I absolutely love it!”

Tom Daley on if he will compete in 2024 Olympics:

“I just want to see how my body does. If I can manage to do another Olympic Games, I would love to but I am going to take it step by step and next year, I will make the decision.”

Elton John surprises us with a new album recorded during pandemic: “The Lockdown Sessions”