Jamie Lee Curtis and her trans daughter Ruby: “You become a little more mindful about what you’re saying” 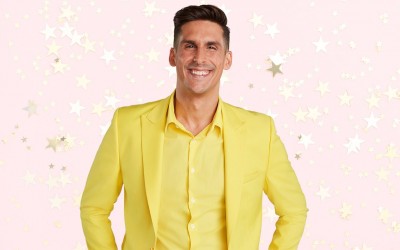 GLAAD released a new interview today with out Peloton instructor and Dancing With the Stars contestant Cody Rigsby. In the interview with Anthony Allen Ramos, GLAAD’s Head of Talent, Rigsby talks about being inspired by fellow contestant JoJo Siwa and what it would be like to face her in the finals. Ahead of Spirit Day on October 21, when millions around the world will go purple in support of LGBTQ youth and in a stand against bullying, Rigsby also reflects on growing up gay and his experience with bullying, while also sharing the advice he has for LGBTQ youth.

Cody Rigsby on Melanie C from the Spice Girls’ surprising elimination: “I can’t believe Mel was even in the bottom. It sucks because she is such a great person. It was really hard to see her go, she was such a light and such a great person, and my inner kid can’t believe that I got to not only meet her, but to have multiple, amazing conversations and get to know her just a little bit. It was an awesome journey to have her own the show with me.”

On potentially dancing against fellow LGBTQ contestant JoJo Siwa in “DWTS” finale: “I think that would be an amazing finale! She’s incredible, what she is doing on this show, representing (the LGBTQ community) is amazing. She is showing a lot of little girls and little boys who they can be and giving them permission to create their own path. She is just so wildly herself in so many ways! For her to jump into this space that’s not comfortable, not her home base, that already has a lot of courage. And then to (dance) with another woman, recently after coming out, it’s really new to her and she is really jumping into it head first. Typical JoJo Siwa fashion!” 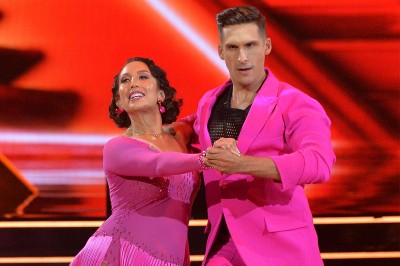 On why he didn’t dance with a man on “DWTS:” “When the conversation opportunity came up for DWTS, I was just so excited to be on the show, I guess I didn’t even think it was a possibility, so I didn’t bring it up! Had I maybe had a moment to breathe and recognize an opportunity, I definitely would have asked! I know that Val is really open to having a same sex partner for next season and I think that would be incredible!”

On his Peloton fame and new celebrity status: “I have always been an entertainer and someone who is on some kind of stage. The plans that you make, and you failing at them is sometimes the best thing for you and that allowed me to pivot and find a new path which lead me to dance and then lead me to fitness, so I am super grateful for that. Maybe my younger self wanted notoriety or wanted fame, but what I have learned in my adult life and the opportunities that I have been given is purpose. My purpose is really to make fitness accessible to everybody, to take out the fear because I think the roadblock for a lot of people when it comes to fitness is ‘I can’t do it, I’m not good enough, this is scary, I am going to look like an idiot,’ and so I will look like an idiot for you, happily and I will show you that it is not scary.”

On his own experience with bullying as an LGBTQ child: “My experience as a gay kid trying to figure himself out living in a conservative, Southern state where there is a lot of religious influence, with a lot of social norms that fought against who I was…it was definitely challenging. Thank god I wasn’t physically harmed or bullied like that, but at a young age kids start to recognize that you are different and they want to attack because it probably makes them feel insecure. At a young age, people started to call me a girl, and that was the first attack in fourth or fifth grade. That was the first thing I recognized as people bullying me and questioning who I am because of their attacks and insecurities. As gay kid, we are always made fun of because it is the easy thing to do for some people…and it creates a lot of trauma in us and really blocking us from loving ourselves and accepting ourselves. On this day…we stand up and say while this bullying is going on, we are going to stand with you and we want to create safe spaces especially for LGBTQ youth to have and know that there are people in the world who are not standing for it!”

On advice for LGBTQ youth who are being bullied: “Stay off the Internet more than you think you should. Any person who is on the Internet is already judging themselves because we are comparing and contrasting ourselves to these highly edited images and videos and we expect our lives to be these curated perfect things and they are far from that and that is OK! Even though you might not feel worthy of love, you are completely worthy of love and you will definitely find it not only in yourself but in the community that you create and the people that you start to experience outside of your family, or even school. Especially the ones that look like you or act like you, that’s where you will really find love and when you will love yourself. Don’t change yourself to fit in!”

On the TV show where he first felt represented: “The things that pops up the most for me is Danny from The Real World. I remember watching that and there was this handsome, gay guy on TV telling his story and looking back at it in retrospect, I think it really did inspire me to find my own self and to discover who I am as a gay man.”

Jamie Lee Curtis and her trans daughter Ruby: “You become a little more mindful about what you’re saying”

Wishing a very happy 61st birthday to Jennifer Holliday – and thanks for that Palm Springs memory!