Georganne LaPiere on Chaz Bono’s transition, being Cher’s sister and the TV special about their mom 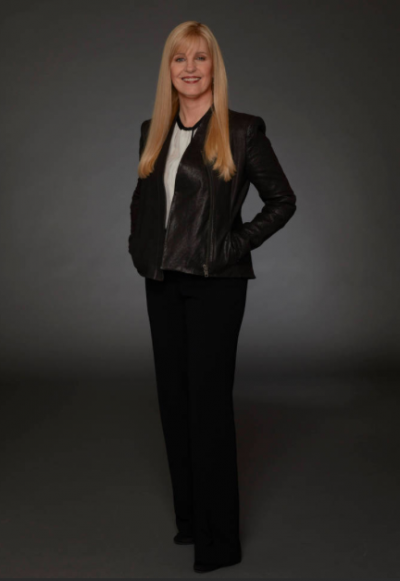 It is well-known that Cher has always been very honest and open in interviews. It is a quality that has kept fans feeling connected to her after nearly five decades of stardom.

Her younger sister, actress Georganne LaPiere, has a similar candor and is very open in the second part of our interview.

In part one, Georganne shared her feelings about her time on the ABC soap General Hospital and admitted her disappointment in never having been asked back for one of the show’s anniversaries like this month’s 50th.

But Georganne is excited to be involved in a TV special about the life of her mother, Georgia Holt, called Dear Mom, Love Cher. It will air on Lifetime on May 6. 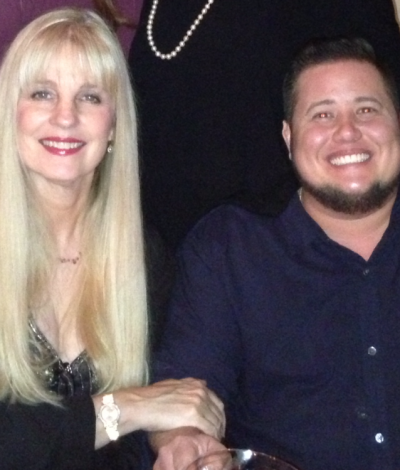 Among the family members interviewed on the show will be Chaz Bono, the child of Cher and the late Sonny Bono who was born Chastity Bono and often appeared on her parents’ TV variety show.

The second part of our interview begins with Georganne sharing how she initially had trouble understanding Chaz’s transition from female to male which began in 2008.

Q. Your nephew, Chaz, has become such a celebrity in his own right with Dancing With the Stars, the documentaries and books. What are your thoughts on Chaz’s transition?

A. I hate to admit it but between my macho firefighter husband and myself, HE was the one who NEVER had ANY problem with Chaz’s transition. HE was always able to see that Chaz was just really unhappy as “Chas” and that it took Chaz transitioning for him to become truly himself and a genuinely “comfortable in his own skin” human being. Chaz and I had been super close throughout his entire life and for whatever reason, it was just difficult for me to accept the transition at first. I didn’t understand transgender issues and in my ignorance I am sad to admit that I feel I let Chaz down initially. It actually took me seeing (Becoming Chaz) the documentary about his transition for me to FINALLY understand what he had been going thru his whole life and how out of place in a woman’s body he felt. I was always there for Chaz when he was growing up and I am sure it was hard for him that I wasn’t right there from Day One on this issue for him. But I have since apologized to him for just not understanding what he had been going through and we are back to being as close as ever! 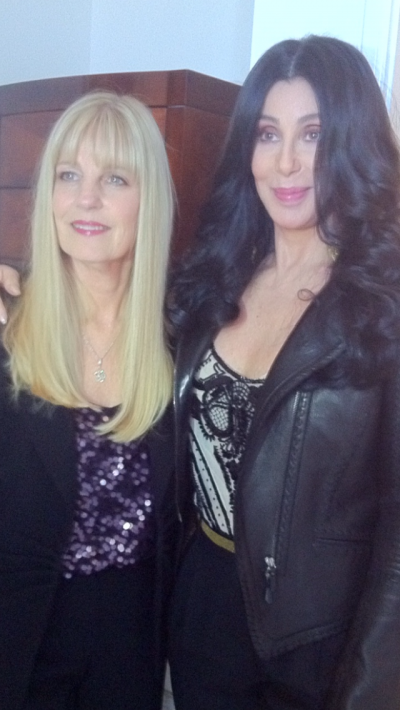 Q. From everything I’ve ever seen or read, you and your sister, Cher, have always seemed to be close.

A. Yes, we are and have always been very close. I am sure that comes from it just being us three girls growing up (Mom and us!). As my Mom had to work to support us, my sister was tasked with basically raising me. There is only 5 years difference between us so I am sure it was a big responsibility for her at a very young age.

Q. Has it been mostly fun being Cher’s sister?

A. Absolutely! I have had experiences (meeting two Presidents: Obama and Clinton), been 3 feet away from Queen Elizabeth, and have traveling far and wide across this world all thanks to my sister and I being so close that I was always with her. In fact, I even met my husband through her so I have her to thank for that too! It has been an absolutely amazing journey and one that neither of us ever dreamed would last this long.

Q. Cher said in the press release for “Dear Mom, Love Cher” that this TV special was something you really pushed for. What made you decide to do it?

A. That question made me laugh! You never “push” my sister to do anything! All I did was ask her to keep an eye on Mom’s album that somehow she (Mom) had resurrected after over 30 years in her garage. Then “keeping an eye on things” became my sister doing a personal family video of the whole story for Mom’s 86th birthday – and then next thing I knew Mom’s life story (which is an incredible one) had become a Lifetime TV special. The men entrusted with putting it together, Todd Hughes and P. David Ebersole, did an absolutely AMAZING job with it, FAR better that anything we had ever thought it could be. People are just going to love it.

Q. What was it like working on the special with your sister and your mom?

A. It felt completely natural and we told stories and laughed just like we naturally do when we are together. It was not work – it’s our LIFE. 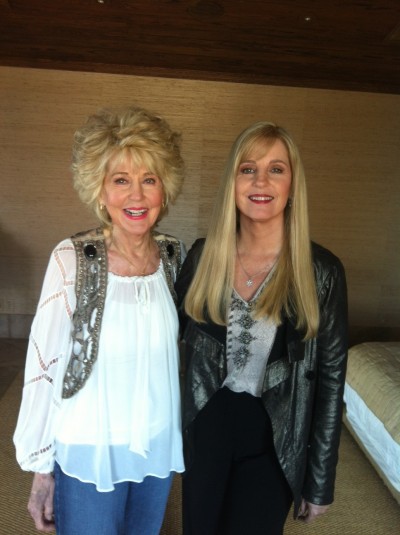 Q. Your mother looks remarkable for any age, hard to believe she is 86! Is it just good genes or does she have a certain philosophy that has helped keep her young?

A. Its both – we do have absolutely amazing genes that keep us looking much younger than we are – but for Mom it’s also her philosophy on aging. She has a favorite saying “Don’t pay attention to age and it won’t pay attention to you!” and that attitude has certainly served her well. She also is always saying to me “But honey I don’t know HOW to BE old” – and I think that is a wonderful “inability” to have!

Q. What will the TV special tell us about your mom and your family that we don’t already know?

A. That it is not just the famous member of the family who has an amazing life story – her (our) mother’s life story is equally astounding. Mom was the original singer and actress in the family. Not many people know that. My sister certainly inherited that talent and “took it and ran with it” so to speak creating an incredible body of work over (almost) 50 years. But it all traces back to Mom.

Below is a video of Georganne, Cher and Georgia on The Mike Dougas Show in 1979 – it’s a hoot!

Sondheim Sunday: All About “Rose’s Turn”