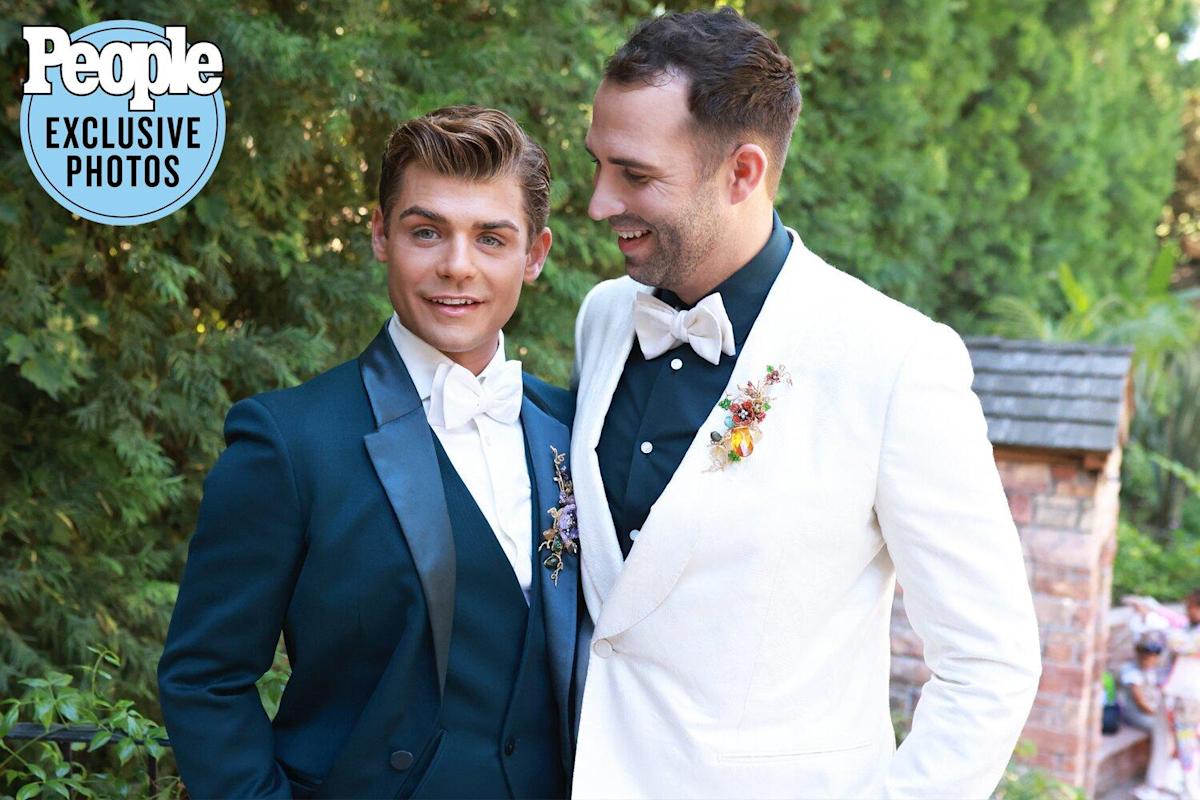 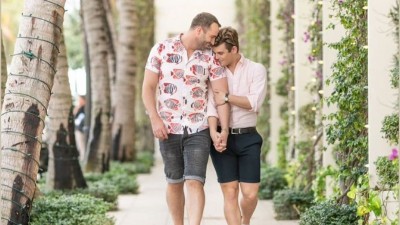 “We’ve been trying to get married for a long time,” Clayton, 30, tells PEOPLE. “So we’re just excited.”

The newlyweds — who got engaged in Iceland in January 2018 after dating since 2011 — moved their wedding twice because of the COVID-19 pandemic before finally getting to tie the knot at a private residence in Los Angeles over Labor Day weekend. The property is part of the Walt Disney estate and features a working replica of the wishing well from Snow White, which Clayton and Knight dressed up with flowers from Commerce Flowers for a special photo opportunity.

The couple said “I do” in bespoke Zegna suits during an outdoor ceremony attended by 160 friends and family members. Clayton and Knight opted not to have a wedding party because “we just wanted to make it as simple as possible,” Knight explains. But they did have their moms walk them in from opposite sides of the archway where the grooms met to exchange vows they’d each written. Actress Alicia Silverstone officiated the ceremony (“She took it seriously,” Knight says of the gig) and a string quartet provided the music.

After the ceremony, the celebration continued on an expansive lawn, where guests played games like bocce ball, croquet, oversized Connect 4, and giant Jenga. Attendees sipped on three signature cocktails: a mint julep, an Aperol spritz (Knight’s favorite) and an Aviation (Clayton’s pick). The cocktails provided color inspiration for the garden party planned by Jason Mitchell Kahn.

Knight says they aimed to make everything at the wedding “really bright and colorful and cheery.”

Transportation Secretary Pete Buttigieg announces that he and husband, Chasten, have become parents of two children