Friday Flashback: See the 1965 Bette Davis television pilot ‘The Decorator’ in its entirety! 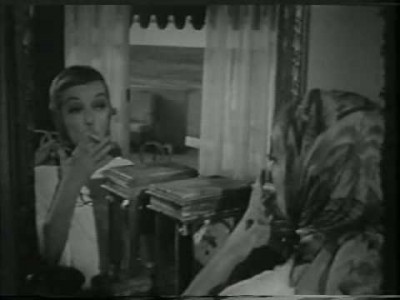 Bette Davis and a hit television series just was never meant to be it turns out. She did the pilot of ABC’s Hotel in the mid-1980s then had a stroke and couldn’t do the series. Turns out nearly 20 years earlier she also starred in the comedy pilot The Decorator produced by Aaron Spelling.I watched it this morning and I think it had all kinds of potential and shows a fun, wild side of Miss Davis, Pity it didn’t get picked up. She plays Liz, an interior decorator whose career is hitting the rocks, partly because of her own careless behavior. She sleeps till noon and is terribly picky in choosing her clients, rendering her financially broke. Liz gets well-deserved knocks from her sarcastic assistant, Viola (the great Mary Wickes), who arranges a meeting for Liz with Judge Connors (Ed Begley), a wealthy man from Oklahoma. Liz accepts his offer, and she immediately moves in his house and begins to redecorate it.
The series was to have a different guest star each week to act as Davis’ client. Miss Davis was upset at the pilot’s not selling, Davis biographer Ed Sikov quoting Mart Crowley about the pilot: “She was very disappointed that The Decorator didn’t go. No, not disappointed—hurt. Very hurt.”