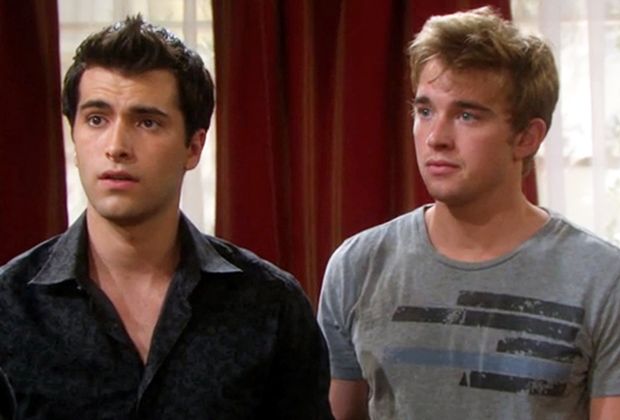 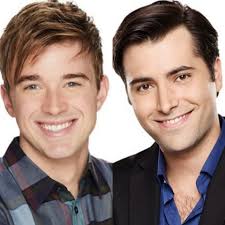 As fans are still processing the shock of Chandler Massey (Will) and Freddie Smith (Sonny) departure from Days of Our Lives, the two actors got together on Smith’s podcast to talk about it.

They begin with small talk and begin addressing being written out of the show at the 3:00 mark.

After the entire cast had a long hiatus of more than two months, the actors learned they were just being brought back for six episodes and once they began reading the scripts, it became clear their fates were sealed. Producers had not met with them prior to share the news.

“I truly was shocked … I was stunned,” Chandler says. “It just seemed like our story was so unfinished and it happened so abruptly. And to find out through reading the scripts was a little weird. The handling of it kind of hurt my feelings. ..These are people who we know and have worked with and had a a relationship with. … It just feels kind of shitty being dropped like that.”

That’s no way to treat a three-time Emmy winner whose beloved character’s coming out story was one of the most memorable in the show’s history. Chandler is the first actor ever to receive a Daytime Emmy Award for playing a gay character.

“I wasn’t ready for Will’s story to end,” Chandler said. “I feel like there was a lot of meat left on the bone and so many opportunities that now just won’t be realized. … No matter what, I’ll always be proud of the work that we did.”

Freddie, who also won an Emmy for his portrayal, expressed shock that neither actor got so much as a phone call and still haven’t.

“I know deep down it honestly isn’t about us and our work,” Freddie says.

He later admitted the handling of things “did create an awkwardness with the people who could have told us.”

The actors look back on some of their storylines including their first kiss. They also discuss what kind of story arc they’d like if the characters are ever written back in down the line.

Here is the episode in its entirety.