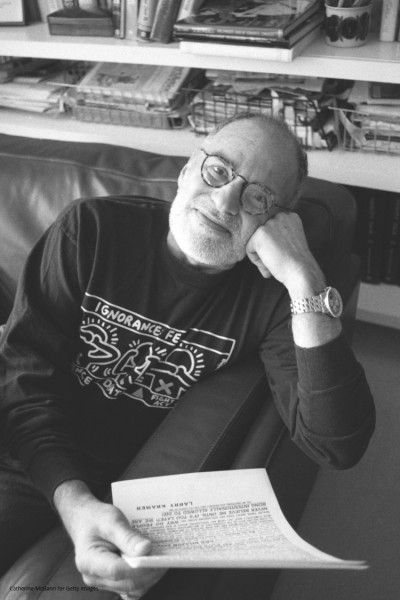 World AIDS Day takes place on December 1 each year. It’s an opportunity for people worldwide to unite in the fight against HIV, to show support for people living with HIV, and to commemorate those who have died from an AIDS-related illness.

Matt Bomer has written a tribute to the late writer and activist Larry Kramer who was one of the founding members of Gay Men’s Health Crisis and started ACT UP, which has been responsible for the development and release of almost every lifesaving treatment for HIV/AIDS.

Here is an excerpt from Matt’s piece published by Out Magazine:

Though Larry doubted whether one could be both an artist and an activist, he most assuredly was. I’ll never forget reading The Normal Heart and The Destiny of Me as a teenager in Texas, and being awakened to all that was going on in the world around me. Because of Larry, I realized that “I belong to a culture that includes Proust, Henry James, Tchaikovsky, Cole Porter, Plato, Socrates, Aristotle,” among others. The warnings and clarion calls were tempered with pride and self-acceptance. 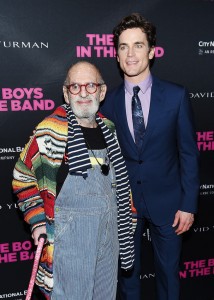 By the time I met Larry, I saw little of the firebrand I was expecting. There he was, in his uniform of overalls with a cardigan over a shirt. Still an artist on fire, he was surrounded with thousands of pages of his current writing, workshopping a reading of one of his plays, and completely dedicated to his amazing husband, David Webster.

There were books everywhere — books that had been read and absorbed, books with broken backs. In my experience, he was a dream collaborator, quietly confident and trusting of the artists tasked with bringing The Normal Heart to the screen. He, like The Boys in the Band playwright Mart Crowley, knew that the effectiveness of what he had written would transcend interpretation. One of the highlights of my professional life was seeing Larry and Mart, who we also sadly lost this year, reunite at the 2018 Broadway opening of The Boys in the Band. Larry was as passionate as a man could be and of course had opinions about everything. He was also very funny. But mostly I remember sitting before him like a welcome disciple and laughing as he, ever curious about life, asked me questions while we both ate the cupcakes I had brought for him. He was the rebel who taught me how to save my own life and the wise uncle who was curious about and loving toward the life he saved.