WATCH: When Oprah Winfrey hosted a reunion of the cast of “The Mary Tyler Moore Show”

Garrett Clayton: “Summer’s not over yet” 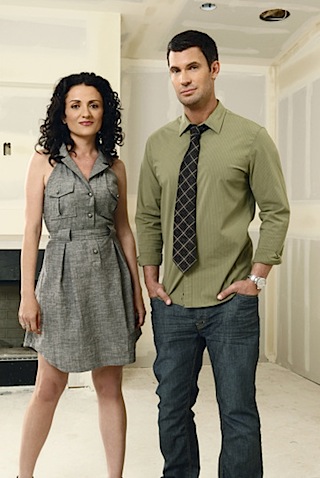 Anyone who has watched the Bravo reality show Flipping Out knows that star Jeff Lewis likes to always be in control – especially since he famously suffers from obsessive–compulsive personality disorder.

But one thing he is unable to control is a book being penned by longtime assistant Jenni Pulos so he is suing her and her literary agents in an effort to quash the project.

Lewis has filed suit in Los Angeles County Superior Court seeking an injunction against the unwritten book which has this title: Hang in There, Baby – What One of the World’s Most Difficult Bosses Taught Me About Life, Work and Love.’

Based on the title alone, Lewis fears such a book would reveal ‘trade secrets and private information’ about his personal life beyond what is shown on television.

Lewis has not commented beyond the suit but Pulos posted her reaction on Twitter: ‘Woke up this am, being sued by your boss is really putting on the Celebrity Cinderella Slipper. Bullies Aren’t Cool.’

Pulos signed signed a nondisclosure agreement with Lewis. The suit claims such a book is in violation of that contract.

WATCH: When Oprah Winfrey hosted a reunion of the cast of “The Mary Tyler Moore Show”

Garrett Clayton: “Summer’s not over yet”