Flashback: When Barbra Streisand and Ethel Merman were guests on “The Judy Garland Show” 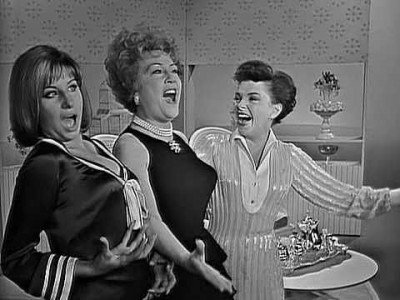 The movie Judy starring Renee Zellweger has us thinking about Judy Garland a bit more these days.

I like that because I think she was a wonderful entertainer and gave us so many movie and television memories.

That includes her CBS series The Judy Garland Show which ran during the 1963-64 season. In all, 26 episodes were made including this one which aired on Oct. 6, 1963. The guests included Barbra Streisand and Ethel Merman!

Here is the episode in its entirety.