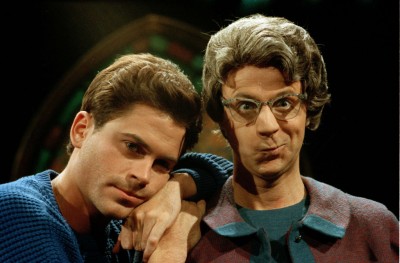 The timing of this is important for context: Lowe was promoting Bad Influence, his first major film following a major real-life scandal involving a sex tape.

Lowe, at that time best-known for being a member of The Brat Pack, recovered magnificently and gone on to have a series of successes in television on The West Wing, Brothers & Sisters, Parks & Recreation, and now 9-1-1: Lone Star.

Hallmark movie with gay couple as leads: Jonathan Bennett and George Krissa to star in “The Holiday Sitter”