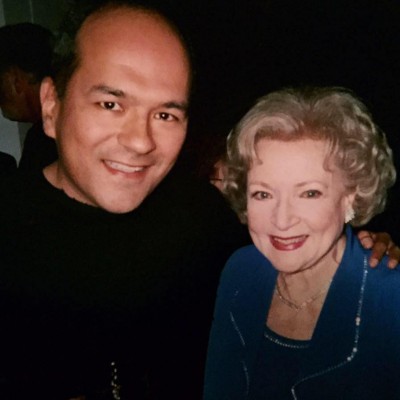 What a career she’s had from Life With Elizabeth in the 1950s to The Mary Tyler Moore Show in the 1970s to The Golden Girls in the 1980s and 90s to her most recent hit series Hot in Cleveland which ended its six season run in 2015.

In 2004 at The Paley Center in Beverly Hills, there was a Golden Girls reunion that included a panel with Betty, Rue McClanahan and Bea Arthur that was moderated by Melissa Rivers.

I had my moment with Betty in the lobby before the panel began. We had a really good laugh when I told her that my absolute favorite Rose Nyland moment was when a little girl was holding Rose’s beloved teddy bear for ransom. In a moment of expert comedy timing, Rose grabs the teddy bear out of the little girl’s clutches and pushes her out the door while saying, “Sometimes life just isn’t fair kiddo!’