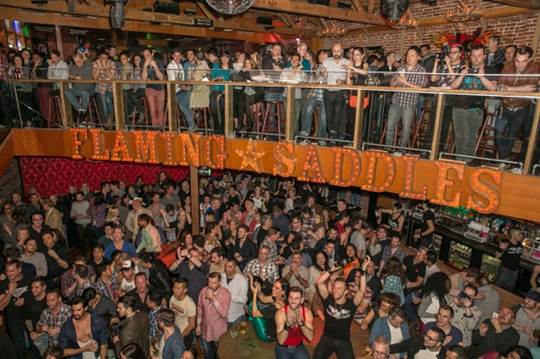 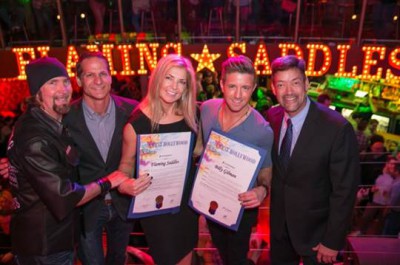 Nothing like a big party benefiting some good causes.

Last night, there was a huge crowd on hand at the official grand opening of Jacqui Squatriglia and Chris Barnes’ Flaming Saddles West Hollywood.

WeHo Mayor John D’ Amico honored the co-owners with a proclamation from the city.

Gilman tweeted after the party: ‘A fantastic night was had. Thanks to all who came out for the event! Together as a one voice we all can make the world a great place!’

An additional sponsor of the night was Ronnie Kroell’s FRIEND MOVEMENT, connecting conscientious organizations and caring people for universal acceptance.