Five of best responses to #HeterosexualPrideDay 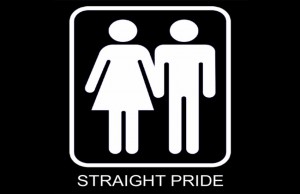 The hashtag #HeterosexualPrideDay was the top trending item on Twitter for a stretch earlier today.
It ended up getting more ridicule than support.
The obvious dig at LGBTI Pride Month was launched by an anonymous person with the Twitter name of Sam. at the address @_JackNForTweets.

He claims it’s satire but also tweeted: ‘Do gays realize I’ve used their logic against them yet? Or are they still mad over something that hasn’t happened? Like dying for being gay.’

Here are some of the best responses to the hashtag:

In red, are all the countries in where it’s illegal to be heterosexual. #HeterosexualPrideDay pic.twitter.com/KGxyj458xC

Yes it’s so brave of straight people to come out to their families. Wow. 🙄 #HeterosexualPrideDay

Congrats on risking absolutely nothing to be yourself!!! #HeterosexualPrideDay pic.twitter.com/xWZ2WnGpQC