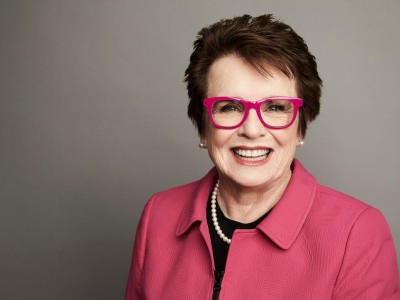 Billie Jean King, one of the most awesome people on the planet, has received yet another honor that I’m very excited about.

The competition, originally called Federation Cup, has female tennis players playing in teams for their country much like the Davis Cup tournament for the men.

From playing the first Fed Cup as a member of the victorious US team in 1963, founding the WTA and becoming its first President, to being the first female athlete awarded the US Presidential Medal of Freedom, Billie Jean King has never stopped breaking new ground,” ITF President David Haggerty said in a statement. “The new name is a fitting tribute to everything she has achieved and will provide a lasting legacy that will inspire future generations of players and fans.”

During her decades in the public eye, King has placed a premium on not only fighting for equality, but also making sure the push for fair treatment is visible to all.

“Our job is to share this vision with future generations of young girls,” King said, “because if you can see it, you can be it.”

Pioneer, activist, icon. Be more Billie. We are proud to say that Fed Cup is now the Billie Jean King Cup #BillieJeanKingCup