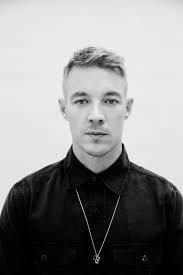 This reminds me of a famous scene from the great 2000 movie Almost Famous.

In it, the band’s drummer announces that he’s gay when everyone thinks their plane is going to crash.

It’s a similar situation with famed musician Diplo who shared similar news with more than the people in his plane when he thought the aircraft might be going down: he shared on social media that he “might” be gay.

After the plane landed, he shared that he was okay – and still might be gay.

Diplo points out that most people were more interested in wheat for not he’s gay than if he had made it through the ordeal unscathed!

Dear Colombus and Minneapolis, my jet window just cracked open and the pilots are wearing masks so not sure ill make my shows tonight but they left the wifi on so I'm just going to sit in the back and smoke toad venom and Vlog. I just bought this cool vest in Dallas at a thrift store ….. Also i never told you this but I might by gay… Update : we landed and no one died I still might be gay but I'm definitely not going to tye die anymore jets..