Excerpts from “The Dollar Rebellion: How Billie Jean King and The Original 9 Became The Change They Wanted to See” 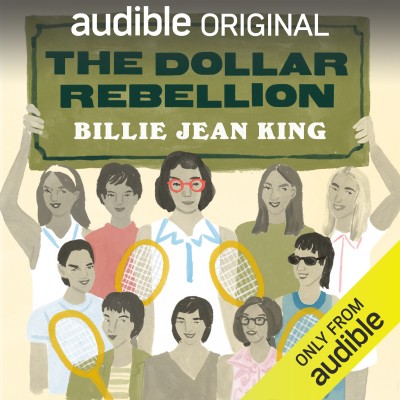 Tennis champion and justice crusader Billie Jean King’s Audible Original The Dollar Rebellion: How Billie Jean King and The Original 9 Became The Change They Wanted to See debuts Thursday, Nov. 19 exclusively on Audible, as part of the Audible Plus catalog.

The audio documentary highlights the ‘Original 9’ pioneers of women’s tennis who, in 1970, took a stand for equality and paved the way for generations of women to earn equal pay and opportunity in tennis and beyond.

Written and performed by King herself, The Dollar Rebellion explores one of the most pivotal moments in sports history and reflects on the progress the Original 9 made in the 50 years since. Listeners will hear firsthand from King as she recounts the experiences that led her and 8 other women to risk it all, and her thoughts on the LGBTQIA+, gender, and racial inequities that continue to exist today.

The Dollar Rebellion is an opportunity to hear an icon for equal opportunity share what it takes to be a “shero.”

Below are a few soundbites in written form: 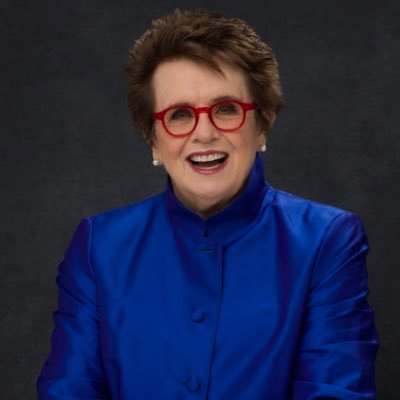 King on what it takes to be a great activist:
“If you want to be a great activist, a really great one, put your ego on the shelf before you go out the door. Pick it back up if you want when you get home I guess but otherwise, let it go. It’s not about you, it’s about us. That’s what a movement is about. Change is about getting others to go along with a vision.”

King on the ‘Original 9’ mantra:“The things I kept talking about which now is our mantra, there’s three things; If we do this, then any girl, any girl, born in this world if she’s good enough will have a place to compete. Number two, she’ll finally be appreciated for her accomplishments, not only her looks. And number three, will be able to make a living. Rosie (Casals) spoke up, Rosie’s great, she always speaks up, she’s very direct. Nancy (Richey) spoke up, Nancy is very business-like so boom let’s do it, I said we have nothing to lose so let’s just go for it, so we did. But it was really scary, we had no idea what was really going to happen, but I didn’t care, because we had nothing anyway in my mind.” 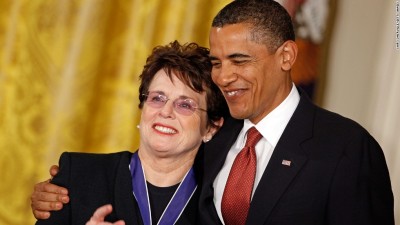 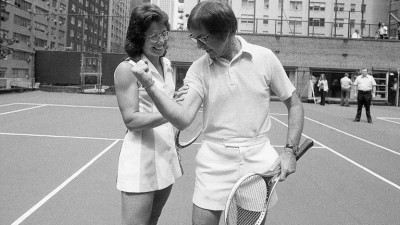 King on the impact of the work she did years back to break boundaries and promote equality:“When I met President Obama, he said ‘I watched that match when I was twelve years old, I have two girls now, that I made a big difference.’ And the men that come up to me are much more reflective a lot of times they’re crying actually, they’ve got tears in their eyes. And they said it really helped them just to have a better appreciation of the world, but most importantly, they want their son and their daughter to have equal opportunity. That’s what it helped change and you need these stepping stones and focused events sometimes, like what’s going on with Black Lives Matter right now, it makes people start to understand which is so helpful and to have more empathy, compassion and most importantly, what are some more solutions for the future?”

King on realizing at seven years old that she was going to be successful:“I knew at seven that I was going to do something great with my life – I told my mother at seven. I go ‘Mommy, I just know I’m going to have a great life. I just know it. I can feel it.’ I think when one feels that, anybody that feels that, it just changes their whole life. It makes them into a very positive person, very optimistic, even when things go wrong. Every single day when I would wake up, I’d say ‘I’m lucky to be alive, how can I help make this day a great day not only for me but for everyone around me? How can I make the world a better place, and fight for what’s right?’”

King on realizing at 10 years old that she was a second class citizen:“I remember sitting there (Wrigley Field in Southern California) that day at nine years old, and I remember looking out at the field and my heart sank and my stomach just…I felt terrible. I realized only boys get to play baseball. I was shattered. I remember going home in the car and I was so quiet. …..I remember thinking, this is ridiculous. Everything’s for the men….They get to play baseball and women don’t. They’re always called on in class before me. And it just goes on and on and on. Everything you look at, every day I was starting to get so irritated. I knew by the time I was ten years old that I was a second class citizen, and I’m white, so I knew my Black sisters and brothers were much worse off. I don’t want to be a second class citizen, I don’t want anyone to be a second class citizen. And so that was shaping my life too. It changed me forever that moment.”

On her realization that tennis was a very white sport:“At 13, I was sitting around at the Los Angeles Tennis Club tournament. I started daydreaming and I started thinking about my sport. Everyone wears white shoes, white socks, white clothes, they play with white balls and everybody who plays is white. I remember asking myself ‘where is everybody else? – this is ridiculous.’ So I made a promise that day that I would fight for equality the rest of my life. I couldn’t stand it. That was my epiphany at 13 and it changed my life forever.”