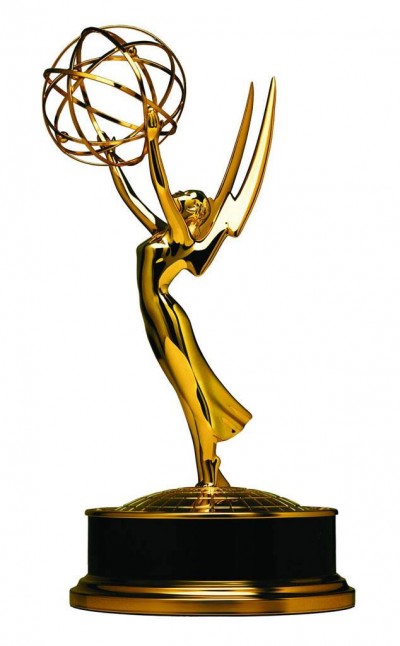 The Emmy nominations were unveiled this morning and I’m quite pleased to see so much LGBT representation among them!

– Out actor Billy Porter is nominated for Actor in a Drama Series for his performance in the FX series Pose. He won last year.
– Out actor Jeremy Pope, a two-time Tony nominee, received his first Emmy nod in the category of Actor in a Limited Series or TV Movie for his role in Hollywood.
– Out actress Kate McKinnon was nominated for Supporting Actress in a Comedy Series for her work on Saturday Night Live. She is a two-time winner in this category and has been nominated a total of seven times.
– Out actor Dan Levy earned THREE nominations for Schitt’s Creek. He’s up for Supporting Actor in a Comedy Series and for comedy directing and writing awards.
– Out actress Holland Taylor, a past Emmy winner, earned a Supporting Actress in a Limited Series or a Movie nomination for her role in Hollywood.
– Out actor Tituss Burgess was nominated for Supporting Actor, Limited Series or Movie for his performance in Unbreakable Kimmy Schmidt: Kimmy vs. The Reverend.”
– Out actor Jim Parsons, a four-time Emmy winner for The Big Bang Theory, was nominated for Supporting Actor, Limited Series or Movie for his role in Hollywood.
– Out actress Wanda Sykes will compete for Guest Actress in a Comedy for her performance in The Marvelous Mrs. Maisel. She was a also nominated in the Outstanding Character Voice-Over Performance category for her work on Crank Yankers. Sykes has only won once as a writer for The Chris Rock Show.
– Trans actress Laverne Cox got a nomination for Guest Actress in a Drama for her performance in Orange is the New Black. It’s her fourth nomination in the category and she has yet to win.
– Out actress Cherry Jones, a former Emmy winner and two-time Tony winner, was nominated for Guest Actress in a Drama for her role in Succession.
– Queer Eye is nominated in the category of Structured Reality Program and its five out hosts, Bobby Berk, Karamo Brown, Tan France, Antoni Porowski and Jonathan Van Ness are nominated in the Reality Host category.
– Out host and actor RuPaul was once again nominated in the Reality Host category for the fifth time – he has won the last four years.
– Out dancer Travis Wall was nominated for Outstanding Choreography For Variety Or Reality Programming for World of Dance. He’s won two Emmys for his work on So You Think You Can Dance.
– Out performer Randy Rainbow, a YouTube sensation, was nominated as an executive producer of The Randy Rainbow Show in the category of Outstanding Short Form Variety Series.

This is not a complete list of LGBT nominees, I am sure, so please feel free to add more in the comments – especially in the writing and directing categories.

Here is a LINK to the FULL List of Nominees.

The Emmy awards ceremony will be held on Sept. 20 and broadcast on ABC. It will be hosted by Jimmy Kimmel.

So proud and grateful that @RuPaulsDragRace received a whopping 13 EMMY NOMINATIONS today!!! This show is pure LOVE and I count my blessings every day! Way to go, team!!!

Holy crap! I’m a two-time Emmy-nominated person! Very proud to be in the company of these icons. #Emmys

WOW!!!. @lesdogggg yelling, "You've been nominated!!" multiple times on live television this morning still feels like some sort of Salvador Dali dream sequence. Thank you to my colleagues in the television academy for my 4th Emmy nomination for @oitnb. Shout out to my entire #oitnb family. I share this with all of you. … Just a few days after the 1 year anniversary of our final season premiering, this nomination is also a beautiful gift to our dedicated Orange is The New Black fans, the best fans in the world. Thank you for the continued love! … #TransIsBeautiful #emmys