WATCH: 9-1-1: Lone Star’ actor Ronen Rubinstein reflects on the “freeing moment” he came out as bisexual

Ricky Martin on finding lasting love, raising four kids and why he ‘will never hide again’

Laverne Cox reacts to latest issue of “Harper’s Bazaar” magazine: “There’s so much power on this cover”

Former Republican Sen. John Warner, who represented Virginia in the US Senate for three decades, has died. He was 94.

Why am I writing about a Republican senator? Because he was married to Elizabeth Taylor for six years!

The late Hollywood legend and AIDS activist was famously married eight times to seven different men (she married Richard Burton twice). While seventh husband Warner does not rank as one of greatest loves (those are Burton and third husband Mike Todd who was killed in a plane crash), he would certainly rank above alcoholic first husband Nicky Hilton, the hotel heir who beat her. He’d also have to rank above singer Eddie Fisher who famously left then-wife Debbie Reynolds to be with Taylor after Todd’s death. Taylor left a humiliated Fisher once she met Burton and she rarely spoke publicly about him. Warner also doesn’t rank as high as second husband Michael Wilding, the British actor who is the father of Taylor’s sons Christopher and Michael. She remained friends with Wilding and always spoke well of him. Her final husband, number eight, was a construction worker named Larry Fortensky who was 20 years younger than Taylor. They were together for eight years and married for five of them. They split when Fortensky couldn’t cope with his wife, then in her mid-60s, having a series of hip operations. 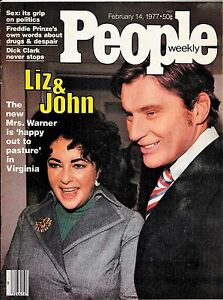 As for Senator Warner, to whom Taylor was married to from 1976-82, he initially seemed like the ideal partner after her 14 headline-making years with Burton who she had divorced for the second time shortly before Warner was asked to escort her to a Washington DC dinner for Queen Elizabeth II. She fell in love with his Virginia horse farm and a quieter life appealed. But Warner soon ran for the US Senate and with the help of his famous wife scored a narrow victory. That’s when it all went downhill.

It’s clear that at that point, about two years into their marriage, Warner chose the Senate over his wife who he left alone for long stretches on the farm. Elizabeth Taylor Warner famously got fatter and fatter and was no longer making movies. But by 1980, Taylor began to trim down, starred opposite Rock Hudson, Angela Lansbury and Kim Novak in The Mirror Crack’d then made her Broadway debut in the hit play The Little Foxes for which she earned a Tony Award nomination.

After reclaiming her beauty and her career, it seemed like only a matter of time before the couple split which was announced in late 1981. The divorce came in 1982.

So in ranking Taylor’s husbands, I’m going to place Warner fifth just behind Fortensky. The marriages were of similar length, had a happy beginning, and she remained friends with both but Taylor seemed at her most miserable due to Warner’s neglect once he was elected to office. Burton and Todd tie for first and Wilding gets ranked third because of their children. Fisher is sixth and Hilton dead last.

So yes, what a strange blog post. I just ranked Elizabeth Taylor’s husbands! 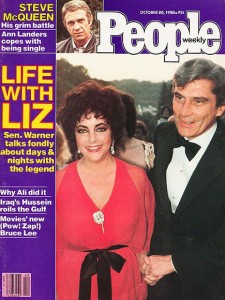 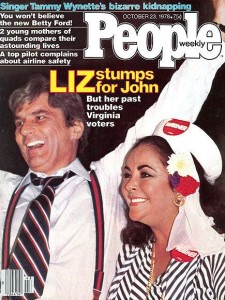 WATCH: 9-1-1: Lone Star’ actor Ronen Rubinstein reflects on the “freeing moment” he came out as bisexual

Ricky Martin on finding lasting love, raising four kids and why he ‘will never hide again’

Laverne Cox reacts to latest issue of “Harper’s Bazaar” magazine: “There’s so much power on this cover”