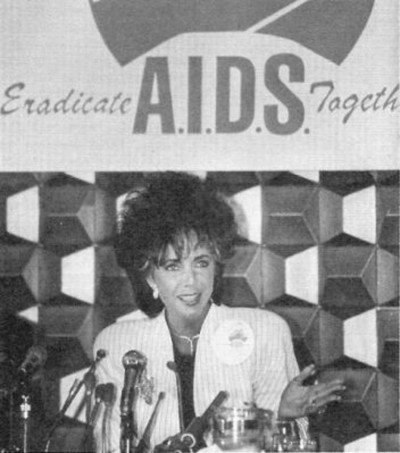 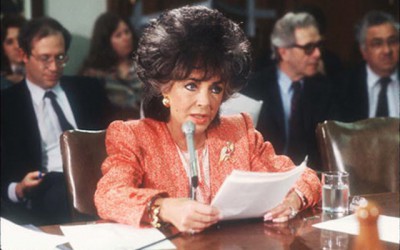 The late Elizabeth Taylor was many things.

A Dame of the English Empire, a two-time Oscar winner, a perfume mogul and, of course, my queen.

But a drug dealer?

Taylor’s close friend and fellow AIDS activist Kathy Ireland revealed this week that the late Hollywood legend, who died in 2011 at the age of 79, ran a Dallas Buyers Club type operation out of her home in Bel Air.

‘A lot of the work that she did was illegal. But she was saving lives,’ Ireland tells Entertainment Tonight.

In the 2013 film Dallas Buyers Club, Matthew McConaughey won an Oscar for his portrayal of Ron Woodruff, a man with AIDS who smuggled unapproved pharmaceutical drugs into Texas for treating his symptoms. In this true story, Woodruff distributed the drugs to fellow people with AIDS by establishing the ‘Dallas Buyers Club.’

‘She would sell jewelry, there were transfers of money – sometimes in a paper bag,’ Ireland says. ‘She thought she might get caught but she wasn’t afraid. She’d go to jail for it. Elizabeth and fear were not in the same sentence.

‘Something love about Elizabeth is her courage.’

In the mid-1980s, Taylor put her legendary acting career on the back burner and dedicated the last 26 years of her life to being an AIDS activist. She co-founded the American Foundation for AIDS Research (AmFAR) and founded the Elizabeth Taylor AIDS Foundation which focused on treatment and care of those suffering from the disease.

‘She would go quietly – with no media, no press – she would go in to hospice and she would hug patients who had just not felt that human contact,’ Ireland says. ‘Her legacy is love and life.’