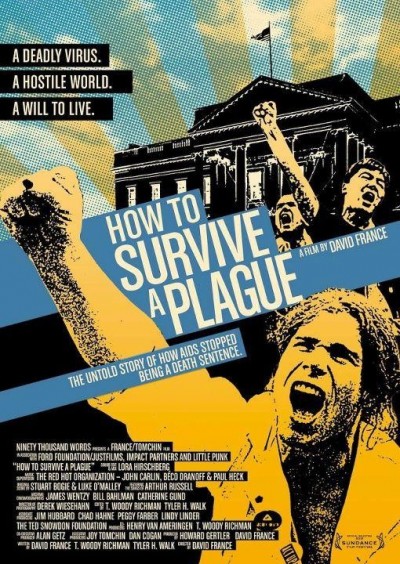 In honor of Pride month this June, IFC Films Unlimited is making the landmark LGBTQ rights documentary How to Survive a Plague free to view tonight, followed by an in-depth discussion on the film’s lasting impact. Featuring director David France and RuPaul’s Drag Race alum and activist Peppermint, and hosted by PEOPLE News Editor Nigel Smith.

This is an excellent tine to revisit the film, obviously, as the world struggles with the Covid-19 pandemic.

This superb film gives us a front-row seat to the epic day-to-day battles that ultimately resulted in AIDS no longer being a death sentence. It’s a film that I could not stop thinking about after seeing it at Outfest over the summer of 2012 and went on two have two viewing parties at my home because I wanted everyone to see it.

The more people who see this the better because they will learn that the drug treatments that became available in the mid-90s would not have happened if not for the work of AIDS Coalition to Unleash Power (ACT UP) – the group whose story is told in this film.

ACT UP may be best known for their headline-grabbing protests but its members were an extraordinarily resourceful group who elevated themselves with their own self-education. They interacted with scientists, researchers and regulators and eventually spun-off into the Treatment Action Group (TAG).

Thanks to the development of Protese Inhibitors (the film does an amazingly effective job of explaining the science behind the disease and the drugs without losing momentum) which became available in 1996, AIDS deaths in New York City declined by 50 percent that first year.

The film’s director, David France, is a journalist who covered most of the events that take place in the film and lost his lover to the disease in 1992. France went through 700 hours of footage for the film which was originally 13 hours long.