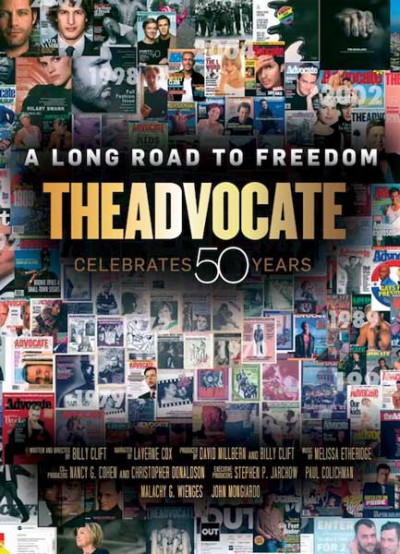 Following its world premiere at Outfest 2018, the critically acclaimed Here TV Original documentary, A Long Road to Freedom: The Advocate Celebrates 50 Years hits theaters this month – including a Q&A and screening tonight in North Hollywood!

Directed by Billy Clift and produced by Emmy-nominated actor-producer David Millbern, the documentary will have a 20-city theatrical release including Los Angeles, Palm Springs, and Seattle.

Starting with the Black Cat Riots, the film covers Stonewall, the disco sexual revolution, the AIDS crisis, marriage equality, and the trans movement to present day.

“This documentary lays out a clear path of resistance that resides in the DNA of the LGBTQ community,” says Millbern. “It demonstrates that with courage and resilience, we can conquer any foe. As bad as things may seem currently, we have been here before. We hope that this film not only educates but serves as a call to action for a new generation of activists.”

To view the A LONG ROAD TO FREEDOM: The Advocate Celebrates 50 Years trailer and to learn more about the film, please check out myCinema on-line: https://mycinema.live/content/the-advocate-celebrates-50-years