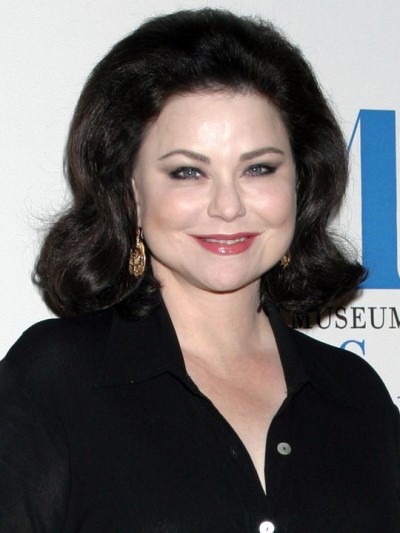 I just read over at Deadline Hollywood that Greg In Hollywood fave Delta Burke suffered an injury on the set of Counter Culture, a very promising pilot that also includes Emmy winners Margo Martindale and Doris Roberts in the cast.

She suffered a fall on the set and is expected to be out of commission for at least a week.

The show was scheduled to have a live taping before a studio audience this week.

Counter Culture revolves around three sisters — Billie (Kerri Kenney), Nonie (Burke) and Joyce (Martindale) — running their family diner together in West Texas who find that sibling dynamics are always getting in the way of getting the job done. Roberts co-stars as the sisters’ aunt.

Wishing the great Delta a very speedy recovery. She is a major comedic talent as we learned during her five delicious seasons as Suzanne Sugarbaker on Designing Women.

With her Designing Women co-star Annie Potts back in a series with a juicy role on ABC’s GCB, it would be great to be able to see Delta back on a weekly basis as well.

She has starred in several other sitcoms including CBS’s Women of the House which had her revive her Suzanne Sugarbaker character, ABC’s Delta and NBC’s DAG all which only lasted one season each.
Here is an episode of Designing Women with Delta at her best: