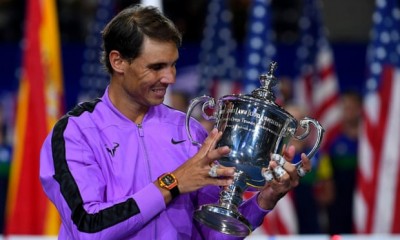 Defending champion Rafael Nadal has pulled out of the US Open citing concerns over coronavirus. The four-time winner at Flushing Meadows does not want to travel to the United States while Covid-19 cases are on the rise.

“After many thoughts I have decided not to play this year’s US Open. The situation is very complicated worldwide, the COVID-19 cases are increasing, it looks like we still don’t have control of it,” Nadal wrote on Instagram. “This is a decision I never wanted to take but I have decided to follow my heart this time and for the time being I rather not travel.”

Nadal, ranked second in the world, is only one major title away from tying Roger Federer’s record 20 grand slam singles titles. Federer had previously announced he would not be playing for the remainder of the season. Nadal could tie the record next month at the French Open where he is the defending champion and has won 12 titles overall.

The United States Tennis Association confirmed last week that the US Open would go ahead on August 31.