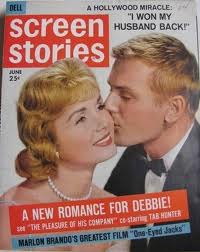 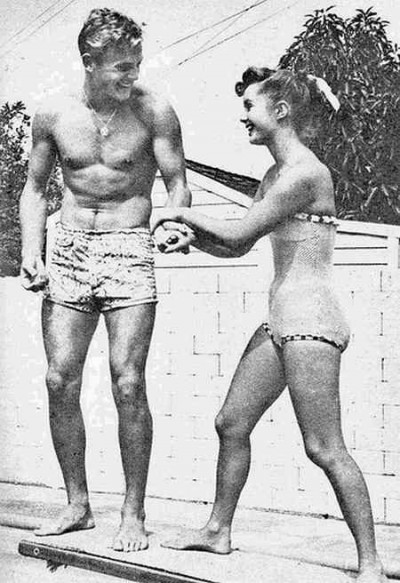 Had to put Meredith Baxter’s book aside for a bit because Debbie Reynolds new memoir, Unsinkable, arrived in the mail yesterday and I’ve been lapping it up.

She’s got a kinds of juicy tidbits and today I share with you one about Tab Hunter, her co-star in the 1961 film The Pleasure of His Company:

Tab and I have been friends since we were teenagers. The studios used to put us together for premieres and publicity occasions. One night in my parents’ kitchen in Burbank, Tab tried to kiss me goodbye.

I told him not to.

I thought it would be like kissing my brother. And I was right. Tab is like my brother. It was the early 1950s; there was no discussion about being gay back then. But I knew that Tab was, and that I felt friendship for him, not romance.

I got the sense that he felt the same about me.

We always laughed and had fun when we were together.

Tab’s a wonderful man who is married to another man now. I’m gad we’ve been friends for so long.