Daytime Soap Clips: Catching up with the Lucas-Brad-Felix triangle on “General Hospital” 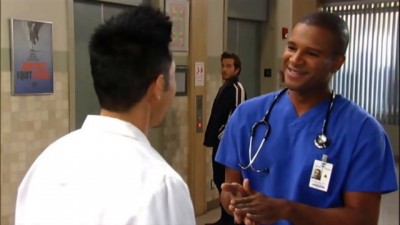 My apologies for falling behind on keeping you all up to date on the gay storyline on General Hospital.

I had been having trouble finding them on YouTube but renewed my efforts after chatting with Marc Samuel (Felix) at the party of a mutual friend of ours recently.

Marc brought me up to date on what’s going on with Felix and the other two hot gay men in Port Charles – Lucas and Brad.

A bit of a triangle played out through the summer with Lucas in the middle and there’s some comedy mixed in during a series of “coincidental” meetings between the trio during which at least one of them seems to be in a towel.

You can watch it all unfold in the videos below. Enjoy!