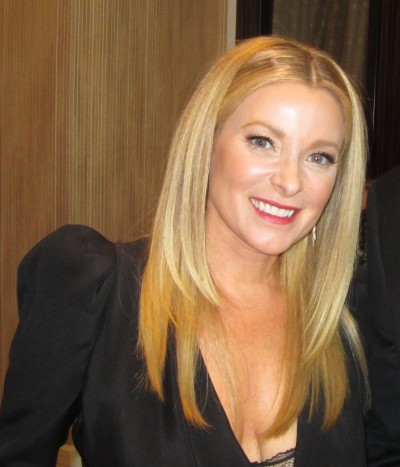 The only soaps I watch even a little bit of are Days of Our Lives and General Hospital so the red carpet at the Daytime Emmys on Sunday was a little tricky at times.

But, you just do the best you can!

One star I was familiar with immediately was two-time Emmy winner Cady McClain who recently joined the cast of The Young and the Restless.

The All My Children alum (Dixie) and As the World Turns alum (Rosanna) looked relaxed and happy. 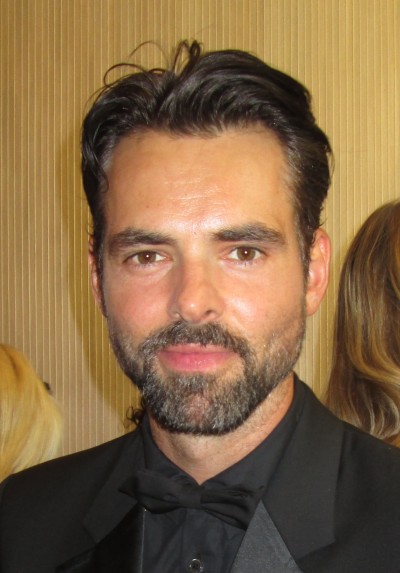 Another person who also insisted he was relaxed was General Hospital star Jason Thompson who was nominated for the third time – this year as lead actor for his performance as Dr. Patrick Drake.

“I was a little more nervous last year but this year I’m a little more relaxed about it. I’m really okay with whatever happens. When I was pulling my (nomination scene), I felt good about it that it represents me and represents the show really well.”

He would go on to lose the Emmy to Billy Miller of The Young and the Restless. But it seems clear Thompson is grateful for his continuing front-burner storylines.

“I’m one of the lucky ones that kind of gets story and I respect that and try and honor it by showing up and being professional and giving it everything that I possibly can.” 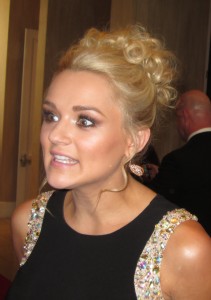 I’m going to lie, I had no idea who Hunter King was until about two minutes before chatting with her on the red carpet.

But a quick iPhone search as she was getting closer revealed that she plays Summer Newman on The Young and the Restless and was nominated for the second time in the outstanding performance by a younger actress category.

She went on to win and I was happy for her because she was so charming during our chat.

“I’m just excited to be here. A lot of my friends are nominated so who cares! It’s such a talented category, all the girls. So whoever wins, it’s great.”

I told her she looked terrific in her Emmy gown and she laughed and confessed: “Thank you! I really squeezed into this thing!” 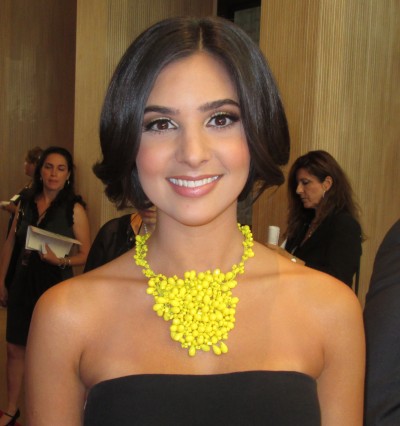 Also had a nice chat with Days of Our Lives alum Camila Banus whose character of Gabi Hernandez was sent to prison a few weeks ago for murdering her ex-husband Nick Fallon.

I hope she has her Emmy gown picked out for next year because her confession scene was stupendous – her best work yet.

For now, she is focusing on life after Days and has filmed a role on Matador, a spy thriller series set to premiere on the new El Rey Network next month.

“I’ll be doing a small role there so that’s a good place where you can see me,’ Banus said.

Although she chose to leave the show in January (her scenes ran until earlier this month), Banus isn’t so sure her days as Gabi are over for good.

“You know how Days of Our Lives is,” she said, laughing. “Who knows?”

True that. The man she killed, Nick, served only four years in prison after killing a man. Gabi could be out by Christmas! 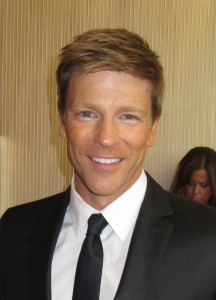 While Banus has just left a soap, Burgess Jenkins has just joined one – and under very unusual circumstances.

The actor was hired last month to take over the role of Billy Abbott which won Billy Miller his third Emmy last night. But, get this, Jenkins is not replacing Miller. He is replacing the actor who initially replaced Miller – David Tom.

It was Tom who originated the role in 1999 and played it until 2002 and also won an Emmy along the way.

“It’s only been a few weeks but it’s fantastic so far,” Jenkins told me. “It’s an honor, it’s great. There’s a lot of history to get to know but it’s a fun challenge because I get to incorporate that into what I’m creating.” 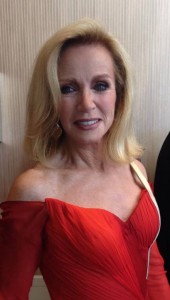 And finally, what a delight it was to chat with the great Donna Mills who is now appearing on General Hospital.

Miss Mills is of course known for her nine glorious seasons as Abby Fairgate Cunningham Ewing Sumner on Knots Landing. But I did not realize that before her memorable role opposite Clint Eastwood in 1971′s Play Misty For Me, she had spent three years on the NBC soap Love is a Many Splendored Thing.

“I started out in daytime, the first job I ever had on television was a soap opera,” she said.

Things have changed a bit since then.