I do not need much of an excuse to post a buncha pictures of dishy David Beckham in his underwear but it just so happens I have a legitimate reason today.

It seems that the world’s most famous soccer star, who made us drool when he posed in his skivvies on those underwear ads for Armani, is coming out with a line of underwear all his own!

“The whole planet went nuts when David stripped off for his Armani ads,” a source told British newspaper The Daily Mirror . “Sales went through the roof. It was decided not to renew the Armani contract and develop a business of David’s own. He has seen how fulfilling it has been for [wife] Victoria [Beckham] to branch out into business and relishes a similar challenge.”

The British soccer star reportedly boosted sales for Armani’s underwear products by 30% when he stripped down, MTV reported.

Victoria Beckham will also reportedly have input in the line. The former Spice Girl became a minor figure on the fashion circuit herself with her line of dresses.

If the line does well as investors expect, sources told The Daily Mirror that it could expand into grooming products and moisturizers.

The latest Beckham underwear news came shortly before he assisted in two goals to help his squad, the Los Angeles Galaxy, advance in the MLS playoffs – the best showing he’s had in a tumultuous run since he came to the States with a record-breaking contract three years ago. 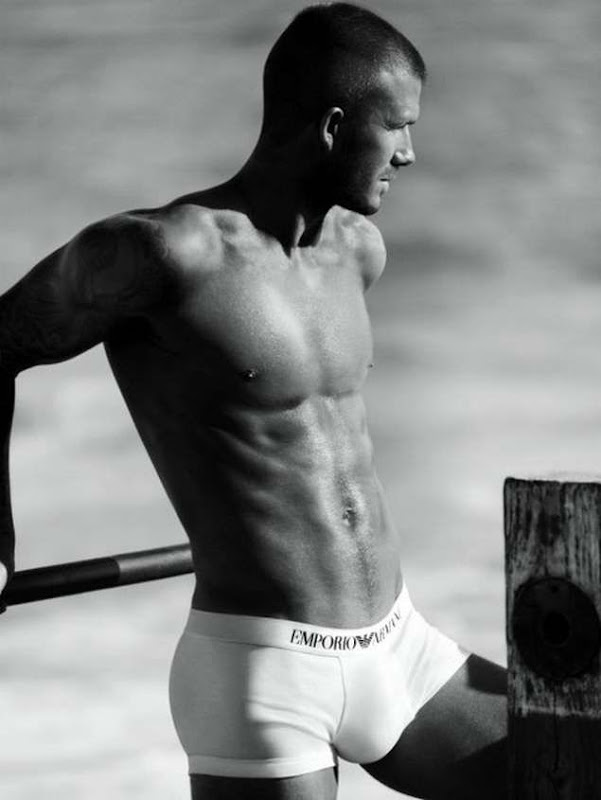