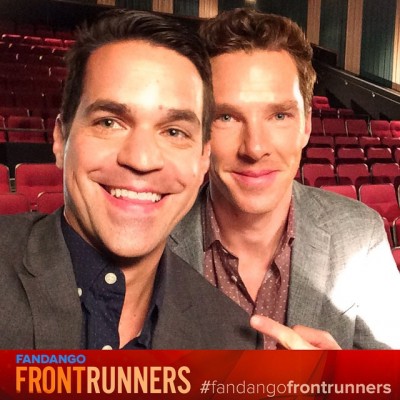 Saw The Imitation Game at a special screening at ArcLight in Hollywood last week and it was superb – highly, highly recommend.

Benedict Cumberbatch is a shoo-in for a best actor nod come Oscar time.

It has been estimated that Turing’s work shortened the war in Europe by as many as two to four years.

Tragically, this hero was later criminally prosecuted for his homosexuality and underwent chemical castration as an alternative to prison. Soon after, at the age of 42, he committed suicide.

British Prime Minister Gordon Brown made an official public apology on behalf of the British government for “the appalling way he was treated.” Queen Elizabeth II granted him a posthumous pardon in 2013.