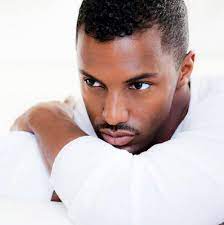 Darryl Stephens has been promoted to series regulars for the upcoming season of the CBS comedy B Positive. He recurred last season as Gideon as was made a regular alongside other recurring characters played by Linda Lavin and David Anthony Higgins, according to Deadline.

B Positive is about a therapist and newly divorced dad named Drew (Thomas Middleditch) who is faced with finding a kidney donor when he runs into Gina, a rough-around-the-edges woman from his past (Annaleigh Ashford) who volunteers her own. Together they form an unlikely bond and begin a journey that will change both of their lives.

Stephens is Gideon, Drew’s former dialysis nurse who now works with Gina as the Head of Nursing at Valley Hills. Always has an ear to lend, but not without a little attitude.

Darryl is, of course, best known for playing the title role in Noah’s Arc when it was a Logo series for two seasons followed by a feature film and, most recently, an all-star online reunion episode. He also has revived his role in the new Boy Culture series that is screening at various film festivals and is a sequel to the 2006 film in which Stephens also starred.

His other TV work includes the series DTLA and But She’s My Best Friend plus guest roles on such shows as SWAT, Private Practice, 2 Broke Girls, Good Trouble, Desperate Housewives, and many more.

Darryl has appeared in several films including lead roles in From Zero to I Love You, Noah’s Arc: Jumping the Broom, Boy Culture, I May Regret, and Another Gay Movie, among others.