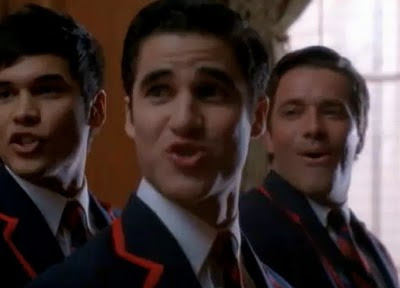 A new Glee star has certainly been born.

Darren Criss, who plays the new gay BFF of Kurt (Chris Colfer) on the show, has already quickly been made a series regular.

Criss sang the solo literally seconds after his character was introduced on the show.