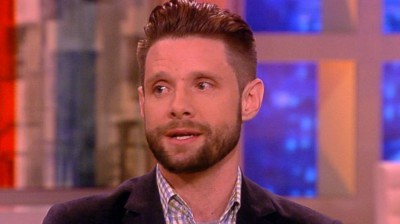 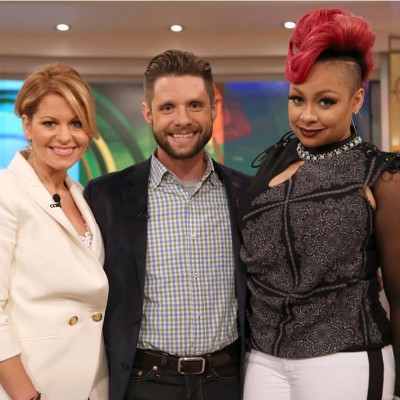 Three former child stars got together on ABC’s The View today to talk about a grown-up topic: HIV.

One-time Who’s the Boss star Danny Pintauro who shared with the world that he is HIV positive last weekend, was interviewed about his status by co-hosts Candance Cameron Bure (Full House) and Raven-Symone (The Cosby Show, That’s So Raven).

Symone got very personal at one point when she asked Pintauro, 39, if he and his husband practice safe sex. The husband, Wil Tabares, is HIV-negative and was in the audience during the interview.

‘The question is, we’re married, and you try not to have limits in your marriage,’ said Pintauro. ‘But there have to be limits in ours. Have we always been 100 percent safe? No. But I’m undetectable. And that means it’s really hard for me to give it to him. So we’re okay with that. We have that understanding that I’m taking care of myself, he’s taking care of himself.’

Cameron Bure then read this statement: ‘If you are HIV positive and still having unprotected sex regardless of what anti-viral drug percentages that you’re using, you’re still not keeping your partner 100% safe.

Pintauro interjected: ‘Oh, of course not! There is always a risk.’

He went on to explain: ‘Right now you’ve got people saying they’re negative. And they got tested six months ago. How many partners have they had since then? … If you’re saying to your partner, “I’m undetectable that means you’re taking care of herself.” You know you’re doing everything you can and being as healthy as you can.’

Pintauro has quit his job as a manager of a PF Chang restaurant and says he wants to spend a year spreading the word about the dangers of crystal meth and HIV.