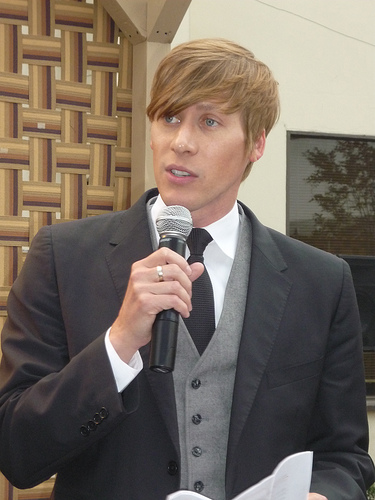 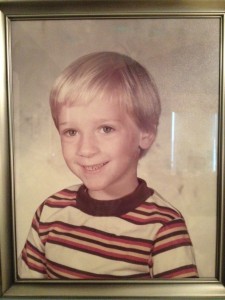 Lance pays tribute to his brother in a blog post:
We survived so much together growing up. Our biological father abandoned us when I was 6 years old. So when Marcus was only 10, he became the man of the house, and did a damned good job of it. And when our first stepfather turned out to be abusive, it was my big brother who saved my life by chasing him off with a baseball bat on more than one occasion. If it wasn’t for my big brother I’m not sure I would have made it to adulthood. But it wasn’t all bad. Not by a long shot. My big brother taught me how to catch tadpoles out at Farmers Lake, he memorized all the lyrics to Michael Jackson’s Thriller with me, then introduced me to The Dead Milkmen and punk rock. When I came out to him at a bar in New Jersey well over a decade ago, he told me he loved me just the same and I knew he meant it. And when he finally found the courage to come out to me a few years ago, he moved out to California and into my home. I did my best to give him a crash course in gay culture. He was a quick learner. Maybe he knew deep down he didn’t have much time.

Over the past 11 months now I’ve watched him wither away from a cancer that started in his bladder and quickly spread to his bones and spine. I spent all of Christmas moving him from Michigan to my mom’s house in Virginia. I flew back to LA thinking we had plenty of time, but my mom called two days ago and said I needed to come back home immediately.

Last night, surrounded by family, my big brother drifted in and out of consciousness. It was tough to tell if he was even there anymore. But late in the night when it was just he and I and our little brother, we asked him if he wanted a shot of Crown Royal (his favorite), and he broke out into a big grin. I’m sure it goes against any doctor’s advice, but we pulled out that bottle of whiskey and he sucked down two sponge lollipops of it… no problem. His eyes lit up for the first time in a long while and my little brother put on some old Dead Milkmen tunes. For the next few minutes Marcus mouthed along to the lyrics of “Bitchin’ Camaro”– just like when we were little boys.

Me and my little brother slept on the couches beside him all night. Then, at 12:10PM, my big brother’s breathing became very shallow, and he passed away. 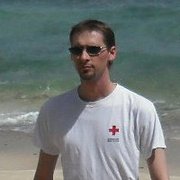 I can’t put into words how much I will miss my big brother. My protector.

I love you Marcus.

Funeral services for Marcus will take place on Tuesday at 11am at Hollywood Forever Cemetery.

Marcus will be buried near some of his favorite folks: Two Ramones, the one and only Vampira and Mel Blanc.

We encourage those who knew Marcus and/or our family to please attend these services.

For those of you who would like to send flowers or remembrances, please send them to the address above. There is also a floral shop on the grounds that can be reached at the number above.

My brother loved people – all kinds of different people. We are working hard to reach all of these friends so they can pay their respects and help celebrate his life. Any help you can lend in passing this information on to folks who knew Marcus would be greatly appreciated.

Thank you for all of your love and support during this time.