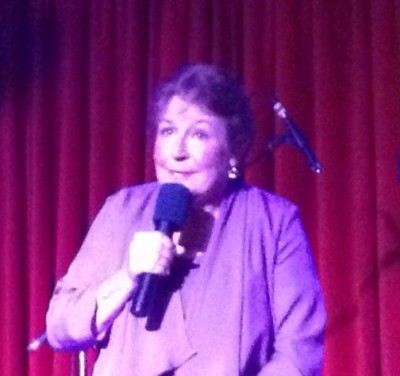 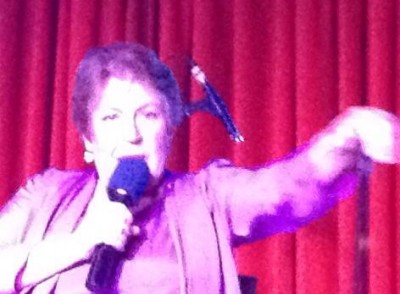 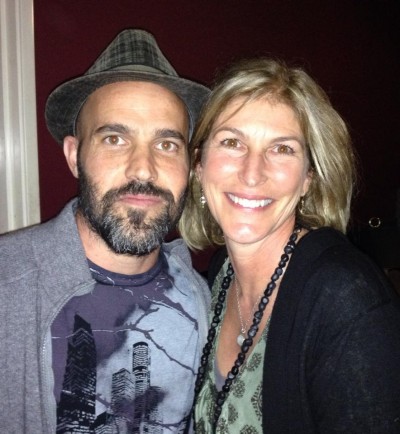 Helen Reddy proudly told the crowd at Catalina Jazz Club on Sunday night that she had turned 73 last week.

When she was 63, she was on a self-imposed retirement from showbiz and living quietly in Australia. But last year, she moved back to the US and began performing again and has found there are plenty of loyal fans who greatly missed her while she was away.

“I never thought I’d live to be this age but my God I’m enjoying this,” the singer said at one point during the show.

It is such a wonder how completely unchanged her lovely voice is. I’m a gay kid who spent many an afternoon with headphones on listening to her records so I know every nuance of just about every single, every album cut, every B-side.

So when she sang such soaring ballads as Long Hard Climb, You Know Me and Long Time Looking, I could testify in court that they sounded just the same as all those years ago.

When Miss Reddy came out of retirement, she made clear she was doing so for the love of it and did not want to stand on stage and go through her many hits. She only does about a handful including I Am Woman, Angie Baby, Somewhere in the Night, Delta Dawn, You and Me Against the World and Ain’t No Way to Treat a Lady.

And surely to please her fans, this year (saw her perform at the same venue a year ago) she performed a song she loathes because of its repetitive lyrics: Ruby Red Dress (Leave Me Alone). The arrangement is different from the single and allows her to have fun with it.

And early in the set, Miss Reddy performs a single that wasn’t as big a hit as some of her others but it’s one of my favorites and seems to be one of her’s too: Bluebird.

If I got to add a few songs to her set, I’d ask her to include some of her other hits including You’re My World, I Don’t Know How to Love Him, Emotion and, of course, Candle on the Water from Pete’s Dragon.

Among the other songs she performed were Best Friend, the sweet song she sang to Linda Blair in the movie Airport 1975 in which she played a nun. This stage version is a bit country-fied and Miss Reddy does a few jigs.

Both of Miss Reddy’s children were in the audience: her son Jordan who works with her on the road, and daughter Tracy. One of the most touching moments of the entire evening was that as she was about to launch into You and Me Against the World, Tracy said from her seat in the audience – just like she does on the record – the words: “Tell me again mommy.”

Miss Reddy seemed to be singing the song directly to her throughout and wiped away tears when she was finished. (The bottom photo is one I snapped of Jordan and Tracy outside their mom’s dressing room last night)

While her contemporaries Cher and Barbra Streisand continue to perform heavily scripted concerts and look and sound much like they always have, Miss Reddy’s shows have a much more loose and fly by the seat of your pants feeling at times.

She doesn’t try to hide the fact that she has trouble remembering the lyrics to some of the songs that are newer to her set or that she had trouble climbing onto a fairly high stool for the ballads.

At one point, she wiped her face with a napkin provided by a waiter and said: “I think I need a cup of tea and a lie down now.”

She certainly earned it.

To see if Miss Reddy is playing near you, go to her website HelenReddy,com

FILE UNDER: About Town, Greg's Reviews