Totally Random Video: When Elizabeth Taylor, then a bored political wife, did an interview with Dinah Shore

Cheney did not attend his daughter’s wedding 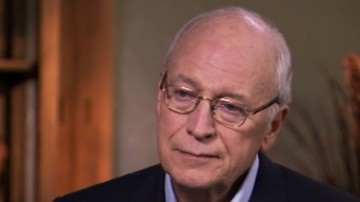 You know what they say about actions speaking louder than words.

Former Vice President Dick Cheney was part of an administration  that supported the Federal Marriage Amendment, a proposed amendment to the US Constitution that would have limited marriage to heterosexual couples.

Then on 2009, one year after leaving office, Cheney comes out in favor of same-sex marriage.

He happens to have a daughter who is a lesbian. 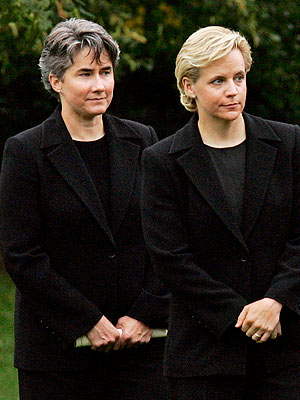 What we did not know until today was that her parents were not at the wedding.

During an interview made public today, ABC News asked Dick Cheney how his daughter’s wedding was.

‘I’m sure it was fine,’ Cheney said. ‘We wished them well.  She wanted to avoid having it be a media circus or having it become part of the political debate. And so Lynn and I were very proud and happy and congratulated them.  They’ve been an important part of the family for a long time.  Provided us with two of our seven grandkids.’

What do you think? Readers weigh in!

Totally Random Video: When Elizabeth Taylor, then a bored political wife, did an interview with Dinah Shore

On his 65th birthday, Leslie Jordan dishes on when he called Octavia Spencer the night she won the Oscar

Totally Random Video: In “If We Took A Holiday,” actress is Madonna all day to cheer up gay friend