Checking in with “Desperate Housewives” actor Jeffrey Nordling, one of the new residents on Wisteria Lane

Jeffrey Nordling has had juicy roles on such series as 24, Once and Again and Dirt. Now he’s moved on to Desperate Housewives as head of a mysterious family that just moved onto Wisteria Lane.

“We’re the new family and we’ve got a secret, we’ve got a kid. Something went down in the past,” Jeffrey said during our recent chat. “We’re from New York and don’t quite belong on Wisteria Lane, we’re very different from everybody.”

His on-screen wife is played by Drea de Matteo and Sunday’s season premiere quickly indicated this family has some dark secrets.

But is his character of Nick Bolen a good guy or a bad guy?

“I wish they’d tell us something!” he said. “Marc [Cherry] is so veiled about everything.”

Jeffrey, 47, has played good guys and bad guys throughout his busy career. His first major recurring role was on the original Melrose Place as Eric Baines then he really landed a juicy role as Sela Ward’s ex-husband Jake Manning on the wonderful series Once and Again.

Even though the series Dirt on FX was widely panned during its two year run on FX, I loved it and Jeffrey was one of the reasons. He played the sleazy publisher of a tabloid that Courtney Cox was editor of and he really was a scumbag! He dies fantastically in the series finale.

His character may have died but the actor continued on, quickly landing a role on 24 last season then getting the Desperate Housewives gig.

“I’ve enjoyed a lot of things,” he said of his TV roles. “On Dirt, I had a blast. He was the most messed up dude I’ve ever played, it was fantastic. It’s great to do something like that. 24 was a great ride, it was great to be involved with a crew like that and get that pace going for that long. That was a lot of fun.”

So what does he think will happen with his Housewives character?

He joked: “I died on Dirt and I died on 24. I’m like waiting for the guns to go off on Wisteria Lane.” 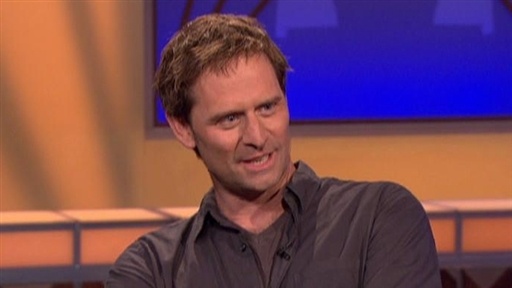