Charlie Sheen to announce he is HIV positive 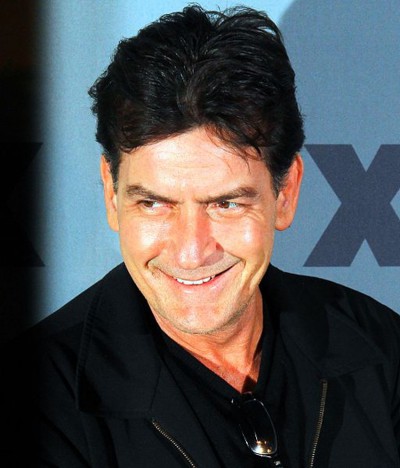 Charlie Sheen is scheduled to go public with news that he is HIV positive, according to several news reports.

Want to wish Charlie well as he goes on this journey and hope his being open will be of help to others who are living with HIV.

When I learned of this, I thought back to 1991 when Magic Johnson announced he was HIV positive. I was working out of a small LA Times bureau in Orange County and my colleagues and I were just stunned into silence.

I thought it was just a matter of time before Magic would be gone.

It does not have to mean the end for those who become aware of their status and get treatment.

Charlie can get inspiration from the many living with HIV and fellow celebrities including Olympic diving legend Greg Louganis, playwright and author Larry Kramer, retired figure skater Rudy Galindo and Who’s the Boss star Danny Pintauro.

The actor, best known for the sitcom Two and a Half Men and the films Wall Street and Platoon, is expected to discuss his status on NBC’s The Today Show on Tuesday.

The Today Show is teasing the interview on Twitter as a ‘revealing live’ chat but does not confirm the HIV diagnosis.

Sheen, 50, was reportedly threatened with lawsuits by some former sexual partners which has led to his going public, according to TMZ.

Well-known publicist and crisis manager Howard Bragman tells People.com he was approached by Sheen’s people six months ago to deal with the crisis but he did not end up working with the actor.

‘The interview could open up a lot of sympathy for him, but he has to be concerned about a fear of litigation from former sexual partners. You don’t take that lightly,’ Bragman said.

Bragman has been told that Sheen is getting treatment and that people in his life are aware of his status.

‘It’s been going on for quite awhile,’ Bragman said. ‘He’s not necessarily comfortable talking about it. It was very hard to get up the courage for him to talk about it.’