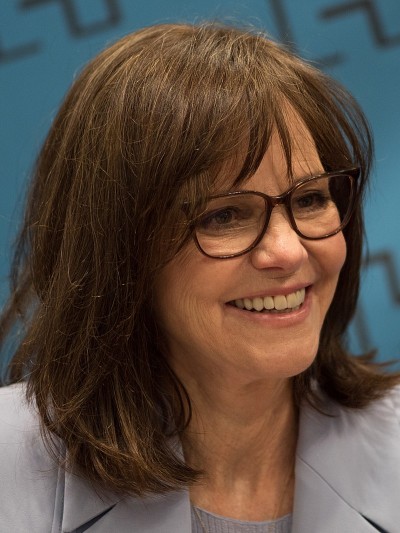 From Gidget to Norma Rae to Mary Todd Lincoln, Sally Field’s acting career has been one for the ages.

Hard to believe, but the actress who has been a star as long as Cher turns 73 today.

She’s had an astounding career that started out cute and perky on Gidget and The Flying Nun before she won her first Emmy for Sybil. Then had a Burt Reynolds phase (Smokey and the Bandit, Hooper, The End) before winning best actress Oscars for Norma Rae and Places in the Heart and earning another Oscar nod in recent years for Lincoln.

Along the way there have been two more Emmys for ER and Brothers & Sisters, respectively, and memorable roles in such films as Steel Magnolias, Soapdish, Murphy’s Romance, Punchline, Forrest Gump , the Spider-Man franchise and the terrific My Name is Doris..

In 2017, she returned to the stage after an absence of 15 years with the revival of Tennessee Williams’ The Glass Menagerie for which she received a nomination for the Tony Award for Best Actress in a Play.

As if I didn’t already love her enough for her acting, Sally has shown us what a terrific mom she is. The youngest of her three sons, Sam Greisman, came out publicly as gay and Sally has been an excellent example of how a parent can handle this.

‘It’s important to have a parent speak about raising a magnificent, proud, intelligent, funny, lovable, sexy gay son,’ Sally told Oprah Winfrey. ‘There are so many parents who are frightened of that and who don’t embrace their children as they struggle. Those children are struggling to embrace who they are, who nature — what nature intended them to be.’

Let’s celebrate sensational Sally with some of her great scenes:

Wanda Sykes on first gay person she saw on TV