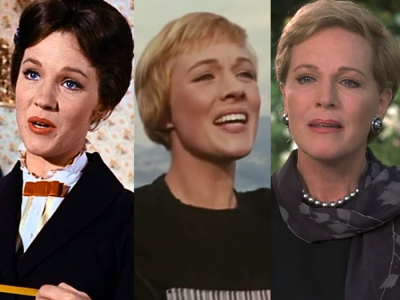 Julie Andrews is the real deal.

This legendary star of the classic films The Sound of Music, Mary Poppins, Victor/Victoria and Thoroughly Modern Millie and of Broadway’s Camelot and My Fair Lady turns 87 today.

The Hollywood legend with the amazing vocal range had her vocal chords damaged during a botched operation in 1997 and she has been unable to appear in any musicals since then.

But she hasn’t stopped working in films with The Princess Diaries and its sequel to her credit as well as the Shrek and Despicable Me franchises and this year’s Minions: The Rise of Gru. Miss Andrews is also the voice of Lady Whistledown on TV;’s Bridgerton.

She has also penned her memoirs and a series of popular children’s books.

At least we will always be able to hear that glorious voice by watching her classic movies and TV appearances. Here are some of them – enjoy!