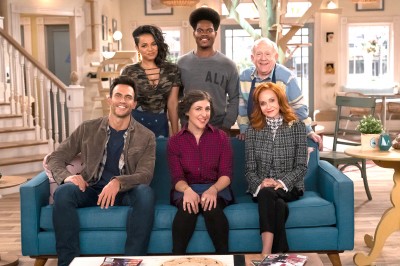 I’ve seen every episode of Call Me Kat and grew too love this quirky comedy more and more with each episode.

It is terrific news that FOX has renewed the show for a second season. It stars Mayim Bialik as a woman who spends her entire savings to open a cat café in Louisville, KY.

Swoosie Kurtz, Cheyenne Jackson, Leslie Jordan, Kyla Pratt and Julian Gant also star and it is an ensemble that has really jelled.

The sitcom is based on the BBC original screwball series Miranda created by Miranda Hart.

If you haven’t seen the show yet, here are sone clips. If you have Hulu,. go there and catch up!