“Call Me By Your Name” voted Film of the year by GALECA: The Society of LGBTQ Entertainment Critics 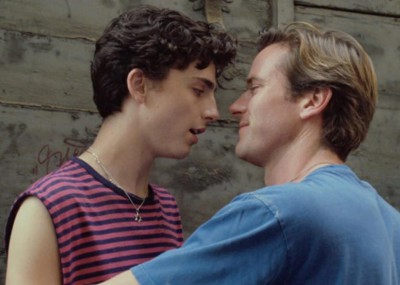 GALECA: The Society of LGBTQ Entertainment Critics, comprised of over 200 gay, lesbian, bisexual, transgender, queer and ally entertainment journalists in the U.S., Canada and U.K., has announced its ninth annual Dorian Award winners.

I’ve long been a voting member of this group and am very proud of this year’s selections.

This year’s 26 TV and film categories, again running from mainstream to LGBTQ-centric, include inaugural awards for Supporting Film Performance. A handful of select recipients will join the group for GALECA’s annual Winners Toast on Saturday February 24 in Beverly Hills.

Call Me By Your Name, which led with nine nominations, was named 2017’s Film of the Year. The bittersweet story of two American men — a teen and a 20something — falling for each other in Italy also earned Timothée Chalamet a Dorian for Film Performance of the Year — Actor. Chalamet, seen in Dorian nominee Lady Bird as well, was also the group’s Rising Star pick. Meanwhile, Greta Gerwig, writer and helmer of the female-focused coming-of-age drama Lady Bird, was named Director of the Year. 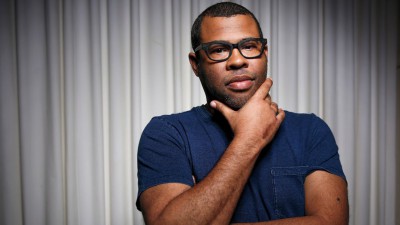 Jordan Peele, formerly of TV’s acclaimed Key and Peele sketch comedy series, earned Screenplay of the Year for Get Out, the heart-stopping thriller and acidic satire about a black man (Daniel Kaluuya) who discovers his white girlfriend’s “liberal” parents are secretly murderous racists. Peele was also crowned Wilde Artist of the Year (nominees included Gerwig, Patty Jenkins, David Lynch and Guillermo del Toro) and Wilde Wit of the Year (in a tie with Saturday Night Live fixture Kate McKinnon). For the second year in a row, the talented McKinnon scored TV Musical Performance of the Year for her impersonation of Kellyanne Conway taking her “alternative facts” act to Broadway. 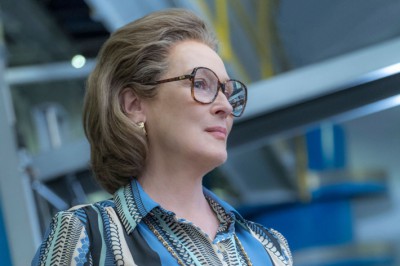 “Who doesn’t love Meryl Streep outside of non-feminist Donald Trump?” quipped Diane Anderson-Minshall, GALECA’s president as well as editorial director of The Advocate magazine. “Streep’s latest film, The Post, speaks to her commitment to playing, and supporting, strong women who push for or at least embody the need for equality. As The Washington Post’s firebrand Katherine Graham, she inhabited the role of the first female publisher of a major American newspaper — a woman who went from housewife to overseeing the revelations of both Watergate and the Pentagon Papers at a time when most of the men around her were too afraid to take on either. And this was all long before the #MeToo movement.”

Adds John Griffiths, GALECA’s Executive Director, “From Sophie’s Choice to Postcards from the Edge, Streep’s an incredibly stirring and affecting actress who transports, delights and nails various accents like no other. I’d say she definitely qualifies as a timeless star — and amid all the headlines about sexual harassment in Hollywood, she’s also a very relevant current voice.” Fun fact: Streep won a Dorian Award for The Iron Lady back in 2012. 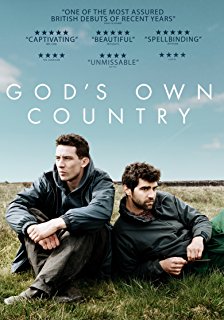 TIMELESS STAR
(to a living actor or performer whose exemplary career is marked by character, wisdom and wit)
Meryl Streep (WINNER)

GALECA, The Society of LGBTQ Entertainment Critics, previously known as the Gay and Lesbian Entertainment Critics Association, includes members who review, write and/or report on film and television for a diverse number of media outlets, including BuzzFeed, The Daily Beast, Entertainment Weekly, TV Guide, The Advocate, CNN, the Associated Press, People, Variety, The Hollywood Reporter, Collider, Vanity Fair, Screen Crush, The Los Angeles Times, The San Francisco Chronicle, New Now Next, The Guardian and the BBC. For more information, visit GALECA.org. Also find us at #DorianAwards, and enjoy our posts via @DorianAwards on Facebook • Twitter • Instagram