WATCH: “Company” star Patti LuPone has a beautiful message: “Welcome back to Broadway!”

Ellen DeGeneres to end her daytime talk show after 19 seasons: “It’s ‘Not a Challenge Anymore” 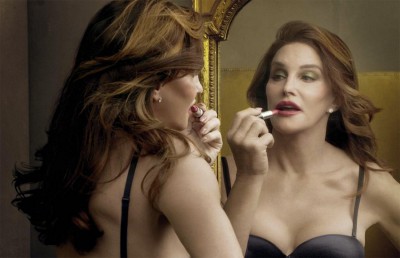 Caitlyn Jenner had gender confirmation surgery earlier this year and tells Larry King ‘it’s not as bad as you think.’

‘It’s not quite as bad as you think but most trans women do not have surgery,’ Jenner says on Larry King Now.


Jenner, 67, goes on to explain that more than 30% of trans women don’t have surgery for economic and other reasons.

‘What’s between your legs doesn’t define who you are,’ she says.

‘And a lot of them, to be honest with you, like their old parts.’

But beyond that, Jenner says she doesn’t like to discuss gender confirmation surgery out of respect for transgender people in general.

‘Those things are very personal,’ she says. ‘And just because you’re trans doesn’t mean you have to ask every question. I understand that people are fascinated by that kind of stuff.’

Also of some fascination is Jenner’s sexual orientation.

Three times divorced and the father of six children, Jenner doesn’t know whether she’s attracted to women – as she has been in the past – or to men.

King, 83, informs Jenner that she has many good sexual years left and jokingly asks: ‘What are you doing later?’

WATCH: “Company” star Patti LuPone has a beautiful message: “Welcome back to Broadway!”

Ellen DeGeneres to end her daytime talk show after 19 seasons: “It’s ‘Not a Challenge Anymore”