Celebrating Lily Tomlin who is 83 today!

“Bros” star Luke Macfarlane: “What other assignment do we have in life, other than just trying to be the most honest to the world as possible?” 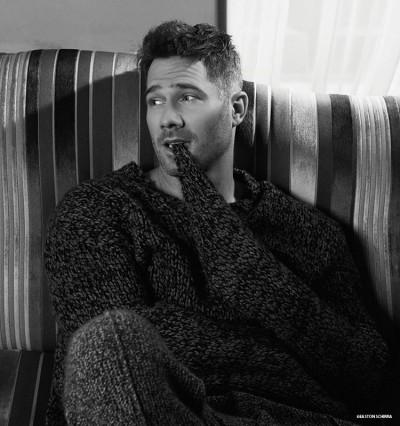 Bros stars Billy Eichner and Luke Macfarlane are on the cover of the issue of Out Magazine which is only fitting since they headline the first-ever major studio gay romantic comedy.

I’m especially thrilled for Macfarlane who besides being talented and gorgeous, has always seemed like such a decent person. Here is an excerpt from the cover story that I think says everything about him:

After he secured the role of Scotty Wandell on ABC’s Brothers & Sisters, playing the husband of Kevin Walker (Matthew Rhys), he felt the impulse of, “‘Oh, I have to come out.’ And this was in 2008. This was before Zachary Quinto. This was before Matt Bomer. And it was just this effort to sort of get out in front of it. I think, in hindsight, I didn’t realize that was a significant step.”

In the wake of the coming-out interview with The Globe and Mail, Macfarlane lamented the “toxic” reaction from some queer online commentators who claimed they had always known his identity or that his remarks were a “waste of news” — “comments come from the devil,” Macfarlane asserts. But he never regretted coming out when he did, even if it may have impacted the handsome actor’s leading-man trajectory. 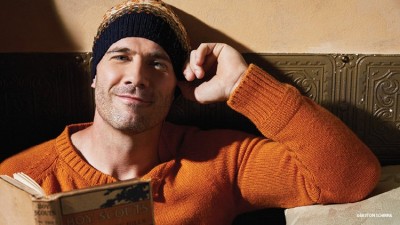 “What other assignment do we have in life, other than just trying to be the most honest to the world as possible?” Macfarlane says. “Whether that’s telling jokes that are true or acting that is true. And that’s just one of those things that you can’t avoid. It’s an intrinsic part of who I am. So no. Did it have effects on my career? I’m sure it did. But I’ll never know that.”

“I always wanted to be a leading man,” Macfarlane says. “And I didn’t have that 1,000-yard kind of perspective of what that would [entail]. And it really wasn’t until I read Bros that I was like, ‘Oh, now there’s a place for me that people can understand where they’re going to put me.’” (Now 42, Macfarlane has had a steady career of headlining Hallmark Channel movies and broke ground in last year’s gay Christmas Netflix flick Single All the Way, which is playfully referenced in Bros.)

Of Macfarlane’s early coming-out, Eichner says, “I can’t speak for him, but I think because somewhere deep down, he just on a very primal level thought it was the right thing to do. And I really respect and admire that. And it was another reason why I wanted him to be part of [Bros].”

Celebrating Lily Tomlin who is 83 today!

Serena WIlliams wins her 108th match at the US Open: “There’s still a little left in me”