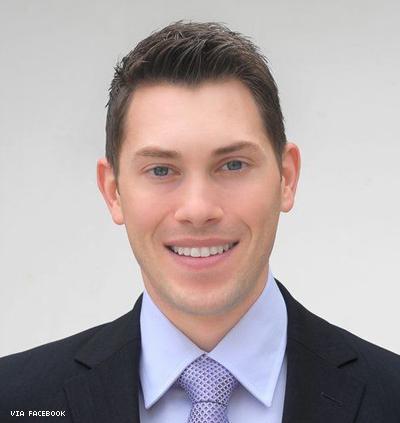 Over the weekend, I posted a few stories about Brett Shaad, the 33-year-old attorney from West Hollywood who died after being stricken with bacterial meningitis.

It’s such a sad story and it is clear from his Facebook page that Brett was someone who was beloved by his family and many friends.

There was some confusion over when Brett was taken off of life support (it turned out to be Saturday, not Saturday as originally reported) but it was not until earlier today that it became clear just how upset his family is over the widespread media coverage about Brett’s condition.

And much of their anger is directed at West Hollywood City Councilman John Duran who held a press conference Friday and gave an interview to the Los Angeles Times.

‘There has been huge amount of misinformation about the time, circumstances and details of my brother’s death driven by a politically-motivated council member and inaccurate media reporting,’ the victim’s brother, Brian Shaad, said in a statement Monday (15 April) to Instinct magazine.

‘This was started by sensationalist and erroneous public statements made by Councilman John Duran of West Hollywood … Eight days have now passed since Brett’s first symptoms, and this still remains an isolated case. My brother is not the Patient Zero to an epidemic that Councilman Duran made him out to be.’

Duran has seen the statement from Brian Shaad and I spoke to him about it earlier this evening for a story I’ve posted over at Gay Star News.

‘I wasn’t trying to make political gain,’ Duran says. ‘I was trying to get the word out as broadly as possible that was happening in New York might be getting a toehold in LA. … There are certainly parts I wish could have done better.’

Duran says he emailed the family an apology on Saturday and ‘extended my deepest condolences. I wrote that I apologize for the intrusion into your privacy.’

He adds: ‘The family is angry and upset and I think they are lashing out. They should be angry with the disease, not me.’