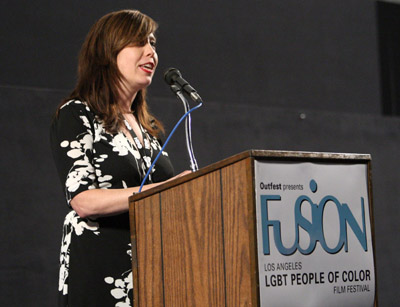 Outfest has named Kirsten Schaffer as its executive director in a surprise shake-up in leadership at the largest film festival in Southern California.

Schaffer, formerly director of programming and deputy director for the Los Angeles-based organization, replaces Todd Heustess who had been in the job just seven months.

Outfest donors were informed of the change in a letter late last week and sources tell Greg In Hollywood that Heustess was forced out of the job. The reason behind his ouster is not being revealed by Outfest which released this statement: “Todd Heustess has left the organization to pursue other avenues within the non-profit sector.”

Huestess was named just last September to succeed longtime executive director Steven Gutwillig after Schaffer had the job on an interim basis last year. Outfest’s summer film festival is the largest arts and culture event for the gay and lesbian community in the region.

Anyone who is a regular at Outfest events in Los Angeles is well aware of Schaffer who charmingly introduces many of the films being screened at the summer festival. She has been with the organization for eight years 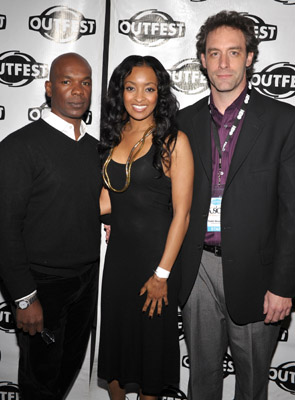 Schaffer released a statement to Outfest supporters early Monday evening which did not address Heustess.

“In a time when we are reminded that our lives are not seen as equal in the eyes of many, Outfest’s work is increasingly important,” she said. “Outfest brings together diverse communities and ensures that LGBT culture is shared and celebrated. Now more than every, I am energized to lead this organization.”

Todd Heustess – pictured at the Outfest Fusion event on March 6 with Doug Spearman and Jennia Fredrique – could not be reached for comment Monday. I had spoken with him at Outfest Fusion and he was thrilled with the record turnout for the event. And now just over three weeks later, he has left.

More to this I’m sure. Will keep you posted.