Still digesting the Daytime Emmys and just want to put out a few words of support for As the World Turns star Van Hansis who plays Luke Snyder, one of the first and most high-profile gay characters in soaps.

Van (pictured at the Emmys with on-screen love Jake Silbermann (Noah) was up for best supporting actor for the first time after two previous nominations in the younger actor category. He has never won. So on Sunday night when there was a tie in his category it seemed certain that this gifted actor, who makes his character so heartbreakingly real on a consistent basis, would be one of the two winners.

It did not happen.

Instead, the name of Vincent Irizarry of All My Children was called first. He took the stage and gave a very long speech. Then the second name: Jeff Branson of  Guiding Light.

I have not seen too much of the work of the co-winners so they may very well be quite deserving but I want to point out that Hansis does an amazing thing playing a gay character and having him pass muster with gay viewers – even when the writing veers off in sometimes wacky directions. He stays true to his character and it doesn’t seem like acting.

Maybe he makes it look too easy. 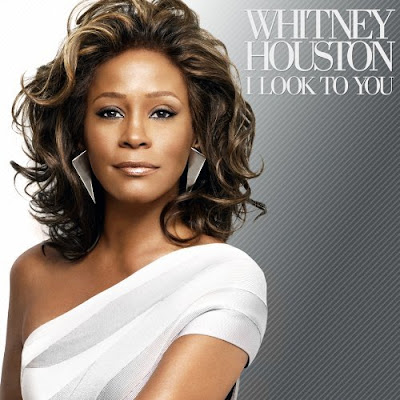 WHITNEY’S RETURN: It’s been years in the making and finally, the day has arrived: Whitney Houston’s first studio album in seven years goes on sale today!

Reviews have been generally quite positive for I Look to You even though most critics agree that Whitney’s voice does not have the out-of-this-world range it once did.

Writes LA Times music critic Ann Powers: “I Look to You,” the singer’s comeback after nearly a decade of ignominy, is a costly renovation overseen by her mentor, Clive Davis, and enacted by the best craftspeople money can buy, including the producers Akon, Stargate and Nate “Danja” Hills and the songwriters Diane Warren and Alicia Keys. It’s not unsuccessful: This is a habitable set of songs. But there’s a limit to what Houston can accomplish, and operating within limits becomes the album’s overriding theme.
This happens beneath the music’s surface, which balances inspirational balladry with bubblicious club pop, as Houston’s music always has done. Houston’s songwriters and producers provide her with top-notch tools; she wields them cautiously and almost humbly, never falling because she never reaches too high.

Rafael Nadal has won four French Opens as well as an Australian Open and a Wimbledon. But the US Open has alluded him so far. He’s coming off a long layoff due to a knee problem and has slipped from number one to number three in the world.  His aura of invincibility, so powerful at the start of the year, has quickly evaporated as Roger Federer has returned to top form and is dominating again.

Publicly, Nadal is trying to keep expectations low by saying he’ll be happy just to reach the quarterfinals or the semifinals. But I don’t believe it!

This sexy Spaniard is far too competitive to be happy with anything less than hoisting a trophy over his head when all is said and done.

These photos are of Nadal at practice and I found them via Aka William.